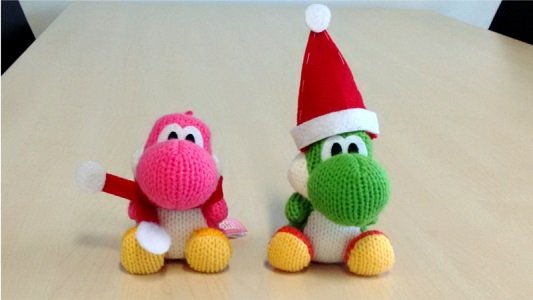 Here’s the latest episode of Nintendo Minute, with the 2016 Game of the Year finals!

Hi, here we are again. It’s time for Game of the Year finals! This week we talk about our Favorite Character of 2016, Best Digital Game, Best Nintendo Minute Moment and of course Game of the Year. What do you think? Be sure to vote along with us and tell us in the comment section below. Also be sure to enter our sweepstakes for a chance to win some cool prizes. As always, thank you so much watching and we’ll see you next week!

As always, thanks so much for watching and we’ll see you next week. Good luck!

Yesterday, Piggyback announced they would be the ones publishing the official guide book for The Legend of Zelda: Breath of the Wild (and not Prima Games). And it turns out the guide will get three editions (instead of the usual two):

Unfortunately, we don’t have details about the guide itself, including the difference between the various editions (other than the format).

Here’s what the cover of each edition looks like:

Piggyback to release complete guide for The Legend of Zelda: Breath of the Wild in 3 editions (Deluxe, Collector & Regular) @NintendoAmerica pic.twitter.com/GwTuNaJQAk

The Legend of Zelda: Breath of the Wild (Wii U, Switch) comes out next year, worldwide.

Ever since Splatoon came out, last year, fans have come up with plenty of interesting, funny, surprising, and intriguing ways to play within the world of game. In the video below, Splatoon has been turned into a… racing game!

As part of an article about Super Mario Run for New Yorker, Simon Parkin had the opportunity to interview Shigeru Miyamoto himself via telephone. Here’s a segment from that interview, specifically about Satoru Iwata!

Do you feel up for some last minute decorations using felt (santa hats, scarves, stockings, mittens, etc.)? If yes, click here to check out how to make those! If you want, you can even send pictures of your creation(s) to Nintendo, and maybe they will be featured in a special post by the end of the year!