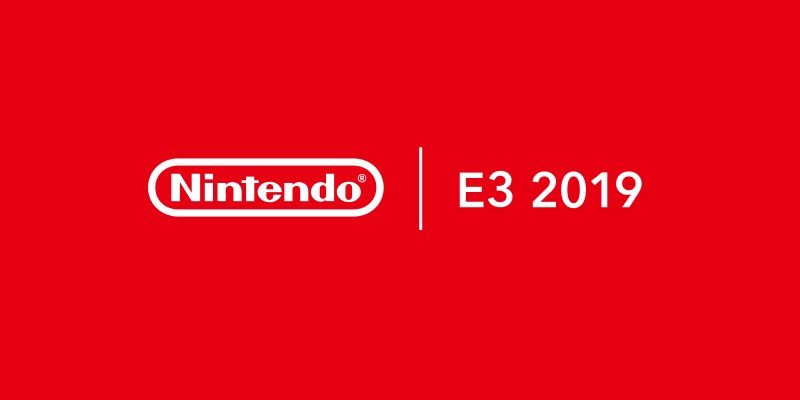 On this page, you will find the Daily recap for Nintendo @ E3 2019 for each of the 3 days of the show, complete with the various recordings of the Nintendo Treehouse Live presentations!

Nintendo kicked off the first day of the E3 video game trade show with big announcements in its morning Nintendo Direct presentation. Nintendo followed its presentation with a day of Nintendo Treehouse: Live gameplay and interview segments designed to give fans a deeper look at various games: Pokémon Sword and Pokémon Shield: Developers from GAME FREAK inc. explained how wild and random encounters work in the game. They also showed off the in-game battle system, Max Raid Battles and details of the Wild Area. The games are scheduled to launch Nov. 15.

Animal Crossing: New Horizons: Game Director Aya Kyogoku and Producer Hisashi Nogami gave a first look at live gameplay and an introduction to the deserted island setting. They offered details about game features and the new crafting system, and demonstrated the ability of players living on the same island to play together by sharing a Joy-Con controller. The game launches March 20, 2020.

The Legend of Zelda: Link’s Awakening: Nintendo provided more details about the game, including how Chamber Dungeons work. As players clear dungeons in the main story, they earn dungeon rooms (Chambers), solve puzzles by placing chambers into specific layouts and then complete them by adventuring into them. The game also has amiibo compatibility – players can tap any amiibo figure featuring a Legend of Zelda series character to unlock additional Chambers for their Chamber Dungeons, up to a maximum of five different ones. A new Link amiibo unlocks Shadow Link and allows him to appear in almost any dungeon room placed in a Chamber Dungeon. After defeating Shadow Link, players will earn a lot of rupees. The game launches Sept. 20.

Super Mario Maker 2: Game Producer Takashi Tezuka announced that with the help of a post-launch update, players will be able to play with their friends online. The game launches June 28.

Thursday’s Nintendo Treehouse: Live programming focused on some of the great indie games and content coming to the Nintendo Switch system. And viewers didn’t have to wait long to play two games featured during the show – the new rhythmic action-adventure game Cadence of Hyrule: Crypt of the NecroDancer Featuring The Legend of Zelda and Overcooked! 2: Night of the Hangry Horde DLC are both available to purchase and download now from Nintendo eShop.

In the Cadence of Hyrule: Crypt of the NecroDancer Featuring The Legend of Zelda game, each move the player makes – whether it’s moving, attacking, defending, using items or more – must be timed to the beat of the music, which features remixes of familiar tunes from the Legend of Zelda series. Players can choose to embark on their journey as Link or Zelda, each with different powers and abilities, before they adventure through a randomly generated overworld map where classic areas like the desert or the forest will differ, meaning no two playthroughs will be the same.

Make a wrong move and the character will be defeated, losing all their rupees, keys and limited-use items. Don’t fret, however, as Link and Zelda can visit the Oracle to purchase items to use after continuing their adventure with in-game currency. Players who want to play Cadence of Hyrule: Crypt of the NecroDancer Featuring The Legend of Zelda their way can also choose between various modes including Permadeath Mode, where any wrong move could mean starting over from the beginning of the game. This is each player’s journey to undertake, so there’s no right way to endure it.

Overcooked! 2: Night of the Hangry Horde from Team17 Digital Ltd. and Ghost Town Games sees players face the most terrifying threat to the Onion Kingdom yet, the unbread, and this time they’ve brought friends! This brand new DLC introduces an entirely new horde mode in which players must use all their cooking know-how to repel waves of ravenous undead ingredients.

The upcoming indie games below also received time in the Nintendo Treehouse: Live spotlight, as viewers got a first look at live gameplay and other in-game reveals.