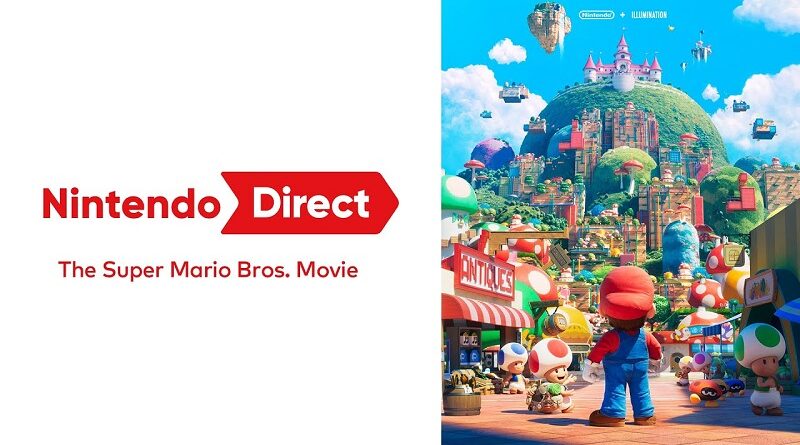 During the latest Nintendo Direct presentation, Nintendo revealed a teaser trailer for the long-awaited Super Mario animated movie: The Super Mario Bros. Movie, which is releasing next year worldwide!

If you missed the Nintendo Direct, the full recording is now available on YouTube (the presentation starts at 34:40):

During the presentation, some additional details were shared about the movie. First, the composer is none other than Brian Tyler, who has already written the scores of many movies (including Transformers: Prime, Eagle Eye, The Expendables trilogy, Iron Man 3, Avengers: Age of Ultron, and many more). Koji Kondo will also be involved in a supervisory role.

Animation will be completed next week, and right now, the animation teams are hard at work with lighting and compositing. The movie will be released on April 7th in the United States, with France getting the movie on March 29th, and Japan on April 28th.

Here’s what Shigeru Miyamoto had to say about the movie:

“What kind of movie should Super Mario Bros. be?,” said Shigeru Miyamoto, Representative Director, Fellow of Nintendo. “We have been working for a very long time with Chris of Illumination thinking about this question. We are now able to have everyone get a peek at the film. With not just the story itself, but through the characters’ look, their emotions, various gestures, we have built a Super Mario world using the language of film. Please enjoy the unique Mushroom Kingdom experience spread widely on the theater screen. Also keep an eye out for the characters, and memories from Nintendo games sprinkled in small parts of the screen throughout the film. The release is just around the corner, and we are in the fine tuning phase finalizing all the details, just as we do with a Nintendo game. It is a film for all ages to enjoy, and I ask everyone to please cheer for Mario at the theaters.”

Finally, here’s the list of people involved with the movie: