In this post, you will find the list of all the Nintendo 3DS Themes releasing during Week 45, 2017 in Europe, Japan, and North America!

To be added on November 9th. If past that date, then nothing was released in Europe that week.

Unfortunately, no new Nintendo 3DS Theme was released this week in Japan.

This week, only one new Nintendo 3DS Theme will be released in North America, and it’s the one for Story of Seasons: Trio of Towns!

Here’s the “line-up” for the Nintendo 3DS Theme Shop this week in North America: 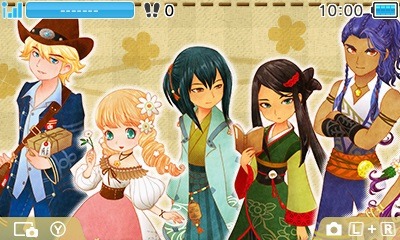