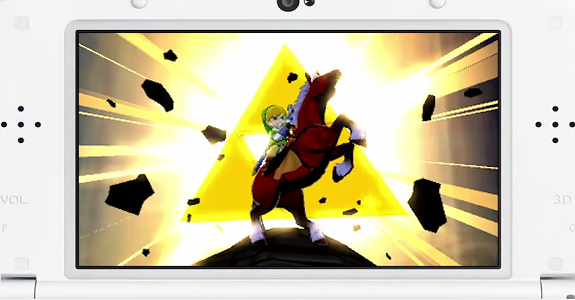 Since it’s not announced for Europe and North America (so far?), it’s only in the Japanese Nintendo 3DS Direct that Monster Hunter Stories was showcased on Thursday. During the presentation, another collaboration for the game was revealed, and this time around, it’s with a Nintendo franchise… yes, The Legend of Zelda!

Unfortunately, it’s not clear when this collaboration will be added to the game.

Finally, here’s some more screenshots for the game, showcasing a rather unique group of Felynes, and some new areas:

Monster Hunter Stories (3DS) comes out on October 8th in Japan, along with three amiibo (with some more coming out on December 8th).