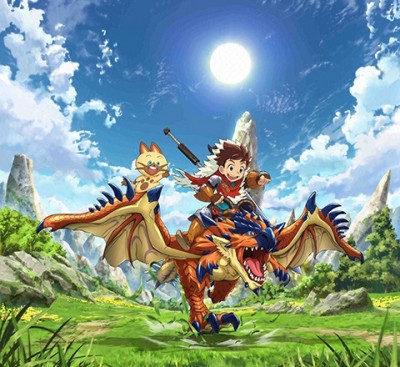 And today, the official website for Monster Hunter Stories: RIDE ON was updated, and revealed new characters. What’s interesting about them is that they will not appear in the game: they will only be found in the anime series.

Here’s those new characters and their voice actors:

Also, here’s a video with some soundtrack previews (music composed by Masaru Yokoyama):

Last week, it was announced that Funimation had licenced Monster Hunter Stories: Ride ON!. It turns out that licence is not just for simulcast, but also home entertainment, video on demand, and broadcast distribution. About simulcast, it will only be available to subscribers in the United States, Canada, the United Kingdom, and Ireland.

Monster Hunter Stories (3DS) comes out on October 8th in Japan. The anime series will debut in October.