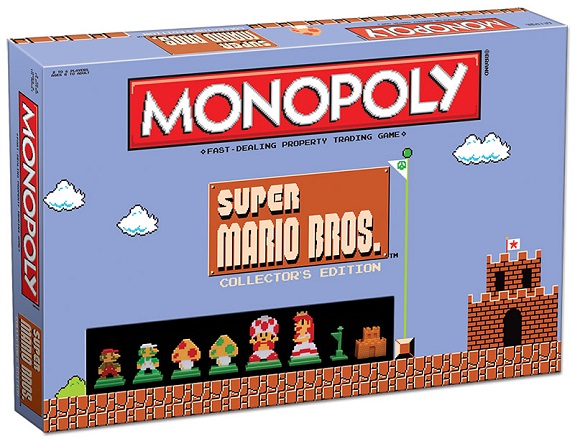 In the past few years, USAopoly has released several Nintendo-themed Monopoly sets, and it looks like there’s still more on the way. Maybe a bit late for the Super Mario Bros. 30th Anniversary, a Super Mario Bros. Collector’s Edition of the famous board game will be released “soon” in the United States, where it will cost $44.95.

And here’s the contents of the Super Mario Bros. Collector’s Edition of Monopoly:

Here’s some pictures for this Super Mario Bros. Collector’s Edition of Monopoly:

If you don’t live in the United States, you don’t have anything to worry: there’s no doubt import sites will have the set available for pre-order soon.