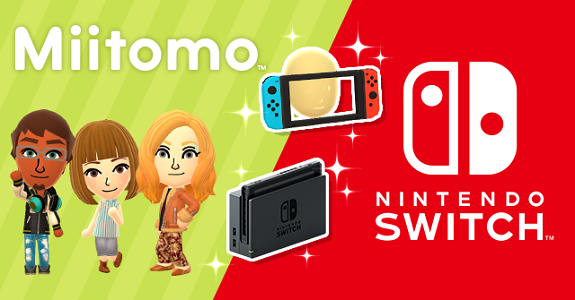 The Nintendo Switch is the latest console from Nintendo, and it launches tomorrow. It’s a major event for both the companies and fans, and therefore, it’s not too surprising the console is getting a special promo campaign in Miitomo. That campaign will launch on March 3rd, and will last until March 23rd.

As usual with promo campaigns in Miitomo, players will be able to get various goodies for free. From March 3rd to March 23rd, various Nintendo Switch-relaed items will be available as special log-in bonuses:

If you want to get all five items, you need to log in for the first time by:

About the Nintendo Switch stamps, they can be used on your Miifotos. The set includes:

Here’s pictures for those Nintendo Switch goodies in Miitomo: