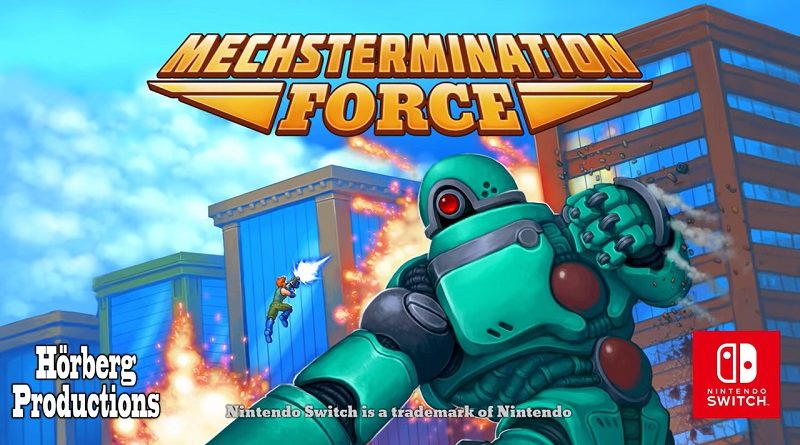 Wondering what Bertil Hörberg, the creator of the Nintendo 3DS cult classic Gunman Clive, has been up to these past few years? Yesterday, he finally revealed his next game, which will be released on Nintendo Switch “soon”: Mechstermination Force.

Join the Mechstermination Force and save the world from the gigantic MegaMechs! Battle against massive bosses, jump and climb onto them to find their weak spots and blow them to kingdom come in this action packed platforming boss rush, from the creator of the Gunman Clive series.

Unlike Gunman Clive, which was an action-platformer with bosses, Mechstermination Force is only about bosses. As you can see for yourself, the bosses are now much more complex and imposing, which explains why the game is all about defeating them. Bertil Hörberg describes his latest creation as a mix between Contra (run and gun gameplay) and Shadow of the Colossus (giant bosses).

Since this is quite a big project, and no longer a one-man dev job, Mechstermination Force will not be as cheap as Gunman Clie. The price isn’t set in stone just yet, but Bertil Hörberg is aiming at a $11.99 price point.

Mechstermination Force (Switch) does not have a release date yet.