Raru is a retailer you’ve probably never heard about before (unless you live in South Africa), even though you should! It was thanks to them that we learned, back in March, that:

… and that was before the Nintendo Direct in April, when all this was properly announced.

And it looks like Raru’s at it again, with Mario Maker this time around. Yesterday, they briefly listed Mario Maker with a September 25th release date (the page has since been updated to remove any mention of that date), which is probably the European release date. However, it’s not currently known whether Japan and North America will also get it on the same day… especially with that date not being 100% confirmed for now.

But that’s not all: it looks like Bowser Jr. and the Clown Car will be in the game. This comes from the set of Mario Maker buttons that will be gifted to fans going to BestBuy in order to try out the game. It was posted on the event’s official page on BestBuy’s website, before being removed: 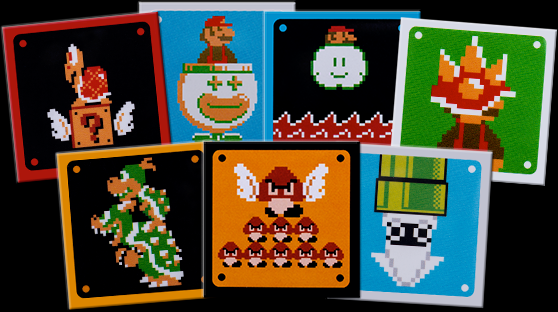 This isn’t the first time we’ve seen elements from various Mario games appear in the graphic style of titles that came out before (such as Chomp-Chomp in the original Super Mario Bros. for example). Therefore, it’s pretty much guaranteed Bowser Jr. and the Clown Car won’t just be on a set of Mario Maker Buttons, they will also be in the game!

Mario Maker (Wii U) will come out later this year.