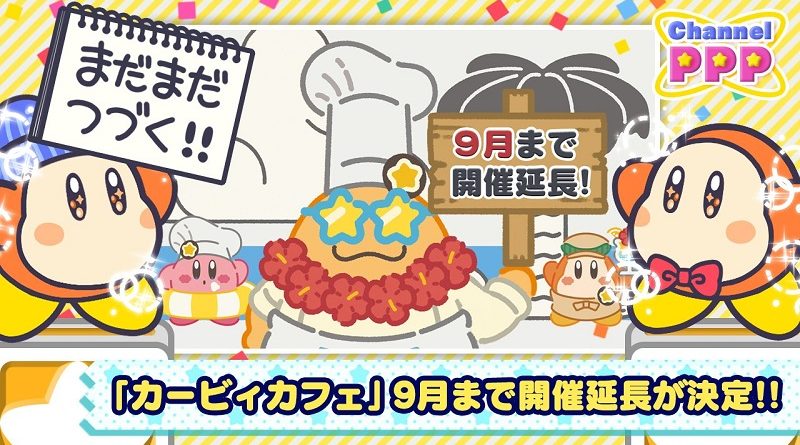 Kotaku has published an interview with Shinya Kumazaki about Kirby Star Allies, and how the development team kept improving the game with Software updates post-launch. Here’s an excerpt:

In his reply, he sidestepped the implication that the DLC plan could have influenced the game’s length. He said that Star Allies had a lot of levels, but acknowledged people could get through them quickly. The team’s goal for this game, he said, “was more to balance the game so it moves ahead at a good pace, and progress comes more briskly than usual. I’m conscious about wanting to have more players get to see the ending when I’m creating a Kirby game.”

“I’ve felt that each new Kirby game gets slightly more difficult and sprawling than the last,” he added, “So from that perspective, we took another look at the origin point of the series, and set our sights on developing a game where even young children who have never played a game before would be able to stick with it and progress through the story, and would completely lose track of time while playing, just like we all did when we first met Kirby as kids in Kirby’s Dream Land.”

Kotaku has published an interview with Shinya Kumazaki about the Kirby series as a whole, and how each game is made. Here’s an excerpt about the role of the unconventional spin-off entries in the series:

“The core titles have an important role as the core of the series, but leave a separate role for the more unrestrained spin-off Kirby titles that are full of surprises you’d never expect to see in a Kirby game,” Kumazaki said. “And then these slightly more unusual spin-off Kirby games drive anticipation for the core Kirby games, which helps us get enthusiastic about developing a title that meets those expectations. The series keeps getting bigger as we fill those roles and make it more diverse.”

First launched in 2016, the Kirby Café was brought back a first time in September last year, and re-opened a second time in January. And it looks like its popularity isn’t waning: it has been announced that the Kirby Café will open once more, this time from June 11th to September 2019, as Kirby Café Summer. As the name implies, it will feature a Summer-themed menu and merchandise! 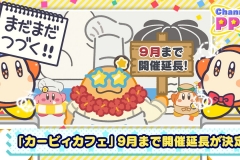