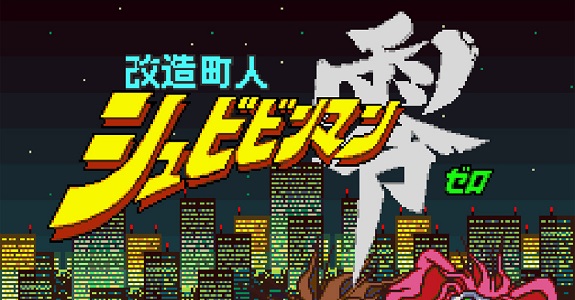 Kaizou Choujin Schbibinman Zero is a game from the Kaizou Choujin Schbibinman series (known outside Japan as Shockman), that was made available via Satellaview (from March 30, 1997 to February 28, 1998). Due to its unique distribution method, it’s no longer possible to play it on the original hardware, since the Satellaview and all related services were discontinued more than a decade ago.

But thanks to Extreme and Columbus, it will soon be possible to play the game on an original Super Famicom, since it will get a limited release on cartridge in June, in Japan (it will cost 6 998 Yen). Naturally, this is not an officially licenced game, since Nintendo hasn’t licenced one in years. For this reason, the publisher warns users that the game might not work on all Super Famicom models.

Here’s some pictures of this Kaizou Choujin Schbibinman Zero physical re-release, including one of the packaging and the game cartridge:

Naturally, this release is only for the Super Famicom, and you will not be able to play it on a Super SNES. It’s not even guaranteed that adapters will work with this re-release, so make sure to keep that in mind if you decide to import it. If you’re interested, you can pre-order it on Amazon.co.jp!

The Kaizou Choujin Schbibinman Zero re-release will launch sometime in June in Japan. The Upcoming Releases page has been updated!