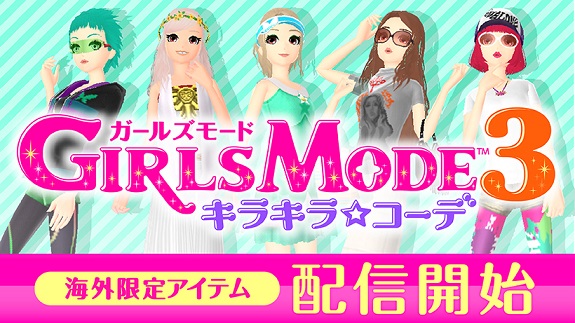 Here’s the latest promotional video for Miitomo in Japan:

Now that the game is about to be released in North America (next week, on August 19th), Nintendo thought this was the perfect opportunity to add the clothing items to the Japanese version of the game. However, unlike in Europe and North America, you do not need an amiibo: you simply download the items via SpotPass, like you would with any other item distribution.

Today, a brand new downloadable game was announced for the Nintendo 3DS in Japan. Called Eyeresh for Nintendo 3DS, it’s not a game per se, and more a software allowing users to relax and train their eyes.

It was developed under the supervision of Hisao Ishigaki of the Aichi Institute of Technology, who also held a similar role for Flash Focus: Vision Training in Minutes a Day / Sight Training: Enjoy Exercising and Relaxing Your Eyes on Nintendo 3DS.

Eyeresh for Nintendo 3DS will be released on August 31st in Japan, and will cost 800 Yen at launch (instead of 1 500 Yen). Here’s some screenshots and a trailer:

Yo-kai Watch 3: Sushi / Tempura came out on July 16th, and has sold almost 1 million units since launch. However, as mentioned previously, there was a second shipment during the second week (despite the game not selling out at launch). Retailers were left with about 500 000 unsold units after the second week, and unsurprisingly, some have started to resort to price cuts to sell the remaining units.

That’s the case of Geo, who is selling Yo-kai Watch 3 for only about 3 200 Yen (as opposed to 5184 Yen) during its Summer Sale, for Obon. Naturally, this significant price drop is also due to that very public holiday, as Yo-kai Watch 3 is bound to be one of the most popular games.