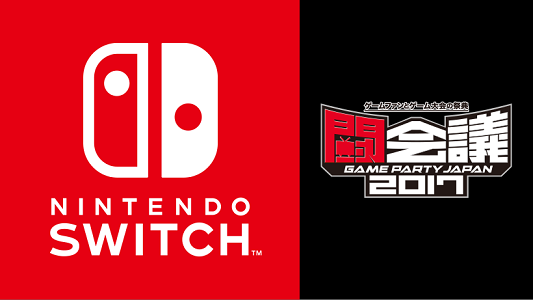 Update: added line-up for the event!

Last month, Nintendo finally revealed its new gaming platform, the Nintendo Switch. A few days later, it was announced that there would be a major presentation on January 12th/13th, where more details about the console will be revealed. And more importantly, it’s during that presentation that Nintendo (and other publishers) will finally show actual games.

After that, there will be various events for fans, allowing them to try out the Nintendo Switch and its games. In Japan, the first event will take place on January 14th and 15th, at the Tokyo Big Sight. In Europe and North America, there will also be events after the January 12th/13th presentation, but no concrete details have been announced so far.

Back to Japan: Nintendo has just announced that there would be another opportunity for players to try out the Nintendo Switch and its game, after the initial event in January.The Nintendo Switch and its games will be playable on February 11th and 12th at the Game Party Japan 2017, Nico Nico’s annual event entirely dedicated to games (as opposed to the Nico Nico Chokaigi event, dedicated to entertainment in general).

Here’s the list of Nintendo Switch games that will be playable at the Game Party Japan 2017:

Quite surprisingly, Splatoon 2 will not be playable. Maybe Nintendo will announce it during the next tournament for the Splatoon Koshien 2017?

Further details about this new event will be announced by Dwango in January. Also, Nintendo reminds us that the finale of the Splatoon Koshien 2017 will take place during the Game Party Japan 2017.