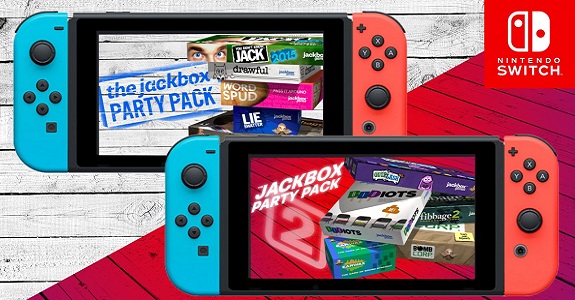 This 4th collection will feature a total of 5 games, including:

For more details about the Jackbox Party Pack 4, make sure to check out this post over at the official Jackbox Games website! The game will be released this Fall, presumably alongside the other platforms it’s planned for (unlike the other Jackbox Party Packs,  which are late ports).

Back to Jackbox Party Pack 1 & 2, they will both be released on the same day, on August 17th in Europe and North America… you’re right, it’s this very Thursday! They include the following games:

The Upcoming Games page and the Nintendo eShop line-up posts for this week (Europe / North America) have all been updated!