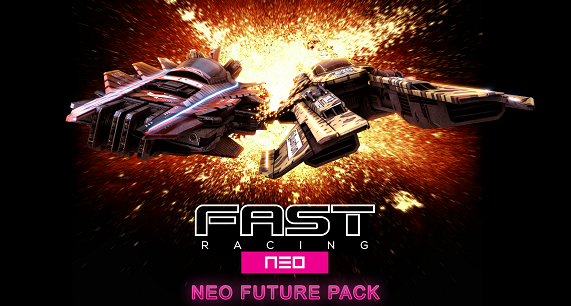 Yesterday, Nintendo Life published an interview with Manfred Linzner from Shin’en Multimedia, about the Neo Future Pack DLC for FAST Racing Neo. It covers various topics: reception of the game, pricing and development time for the DLC, the retail release in Europe (and the lack of such a release in North America), and more.

The DLC wasn’t planned from start. We always design our games to be ‘complete’ without later add-ons. When the chance for a bigger retail version came along we wanted to give everyone the chance to enjoy the newly made content too. Therefore we made the pricing very affordable. We see it as a fan service.

And in case you’re wondering: yes, Japan is also getting the DLC!

Yesterday, Disaster Cake posted the latest development update for Soul Saga (coming to Wii U). In this one, they talk about:

They also explain that development is getting closer and closer to the end, and that they hope to be able to announce a release date soon.

Click here to check out this new development update!

Yesterday, Choice Provisions announced that Runner3 was the in the works. For which platforms? We don’t know… But since Runner2 was released on pretty much all platforms capable of running it, there’s no doubt there’s a version for Nintendo platform(s) coming down the line.

Here’s the teaser trailer for the game:

Very little is known about the game, other than Charles Martinet will be back as voice actor. You can also check out the official Devlog on the official website!

A few weeks ago, Mastiff revealed that players buying Gurumin 3D: A Monstrous Adventure at launch would get a free Nintendo 3DS Theme. And earlier today, they finally revealed which one it would be (the others will be released via the Nintendo 3DS Theme Shop):

Gurumin 3D: A Monstrous Adventure (3DS eShop) will be released soon in Europe and North America.

Missed the Yooka-Laylee panel at EGX 2016, livestreamed on Twitch on Sunday? No problem: the full recording is now available on YouTube!

Yooka-Laylee (Wii U eShop) will be released in Q1 2017 in Europe and North America.