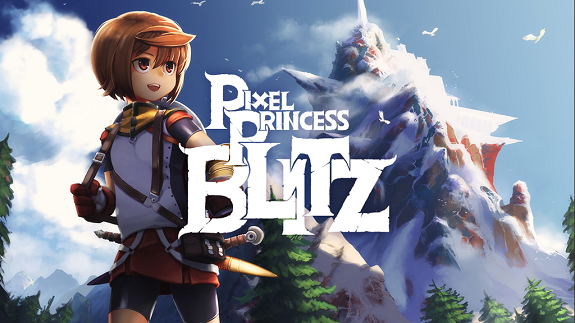 Pixel Princess Bliz is a “sandbox action RPG that simulates a dynamic world filled with dangerous foes, big dungeons, perilous encounters and a dynamic story”, that could be released on the Nintendo Switch next year. Its Kickstarter campaign went live on Wednesday (January 11th), and the developers need 77 700€ to bring their project to completion. As of writing, 34 704€ have already been pledged, with still 23 days to go.

If you’re interested in the project, you can check out its Kickstarter page by clicking here! One important thing to note, however: the developers plan on finish the PC version before porting it to the Nintendo Switch.

Here’s the latest batch of animated GIF for The Unlikely Legend of Rusty Pup:

Today, Wobbly Tooth shared one lone screenshot for Ice Station Z, showcasing one of the new features of the next update for the game… the ability of riding vehicles with other players (and a new boat)! Unfortunately, we don’t know when that update will be released just yet.

Last week, Ratalaika Games shared a new screenshot for the new achievements menu, that will be added in the upcoming update (also adding more content):

Also, at the end of the month, Ratalaika Games will announce the indie game ports they’re currently working on for consoles. Which games, and for which consoles? You will have to wait before finding out…

Here’s a few screenshots for the European version of Gourmet Dream, releasing this Thursday in Europe!

Here’s the third episode of the Jools Watsham’s Weekly Show, for your viewing pleasure!