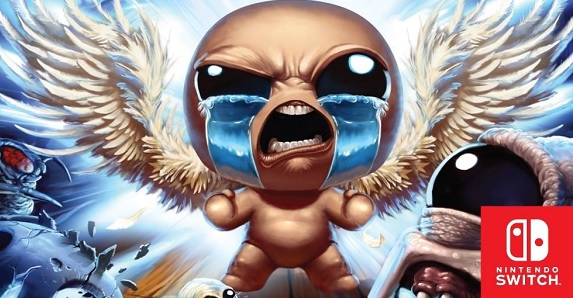 The Binding of Isaac Afterbirth+ (on Nintendo Switch) was released last month in North America, but is still MIA in Europe. This led many to wonder what was going on with the European release, and Nicalis’ radio silence on the matter didn’t help alleviate fears.

But European fans have nothing to worry about: The Binding of Isaac Afterbirth+ is still coming to Europe (and Australia). Even better: there will be a retail release, alongside the digital one on the Nintendo eShop.

Today, Headup Games announced a partnership with Nicalis, that will see the release of The Binding of Isaac Afterbirth+ in Q2 2017 in Europe. The game will cost 39.99€, which is the same as in North America ($39.99). Unfortunately, that’s all we know about this release: Headup Games doesn’t say anything about any of the goodies that were included in the North American version…

The European release of The Binding of Isaac Afterbirth+ is part of a “strategic partnership”, that goes “way beyond” just the release of that game. This means we can probably expect Headup Games to also publish Redout, Cave Story+, and other upcoming Nicalis titles in Europe, though obviously, we will have to wait before getting more details about those.

The Binding of Isaac Afterbirth+ (Switch) will be released in Q2 2017 in Europe. The Upcoming Releases page has been updated!