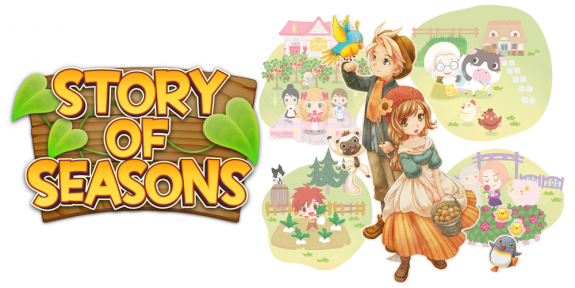 Back in January, it was announced that Story of Seasons (the original Harvest Moon series, which changed name in the west a couple of years ago) was coming to the Nintendo Switch. Nothing has been announced regarding that mysterious game, and it doesn’t look like we’re going to hear anything about it any time soon.

However, that doesn’t mean that fans of the series will have nothing to play until then. Today, early leaks from Famitsu magazine reveal that Marvelous is going to release Harvest Moon: The Tale of Two Towns + on the Nintendo 3DS, on December 14th in Japan (price: 3 980 Yen + taxes).

Based on the leak, it looks like Harvest Moon: The Tale of Two Towns + is a remake/enhanced port of the Nintendo DS game. Very little is known about it, but we do have a few minor tidbits. For example, at the beginning, you can now choose between things like “I like animals” or “I like fishing”, though it’s not clear what impact it will have on the game itself.

The magazine also mentions various enhancements, made to improve the gameplay experience. Finally, it looks like this remake/enhanced port is going to be compatible with StreetPass, allowing players to trade items.

By the way, fans of the series probably know that Harvest Moon: A Tale of Towns did come out on Nintendo 3DS a few years ago… but not in Japan, for some reason. However, it’s not clear whether this is just a localisation of that version, or if Marvelous went and made further improvements.

More details are expected to come within the next few days: stay tuned! Also, do note the details above come from leaks (without proper scans, too), so they may not be 100% accurate.

Harvest Moon: The Tale of Two Towns + (3DS) comes out on December 14th in Japan.