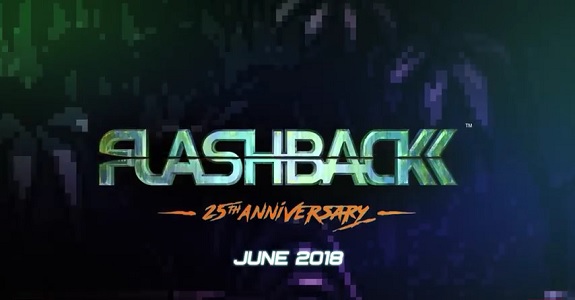 A while ago, we learned that Microïds was bringing several games to the Nintendo Switch, and one of them is Flashback. This classic action-adventure game originally released in 1992, and then ported to the SNES in 1993. It’s now coming to the Nintendo Switch in just a few months… on June 7th, to be precise!

In Europe and Australia, a Collector’s Edition will be released to celebrate the 25th Anniversary of the SNES version of Flashback. It includes the following:

Flashback on Nintendo Switch was made to offer as authentic an experience as possible, as it offers two game modes: the original 1993 mode, and the Modern mode.

The latter includes the following:

The game offers subtitles in English, French, Italian, German, and Spanish. It’s being developed by Paul Cuisset, the original creator!

Finally, here’s what the story is all about, for those of you who have never heard of the game before!

2142. After fleeing from a space ship, but stripped of all memory, the young scientist Conrad B. Hart awakens on Titan, a colonised moon of the planet Saturn. His enemies and kidnapers are snapping at his heels, and he has to find a way back to Earth while warding off the dangers that beset him and unravelling a fiendish extra-terrestrial plot that threatens the planet…

Flashback (Switch) comes out on June 7th in Europe and North America. The Upcoming Games page has been updated!