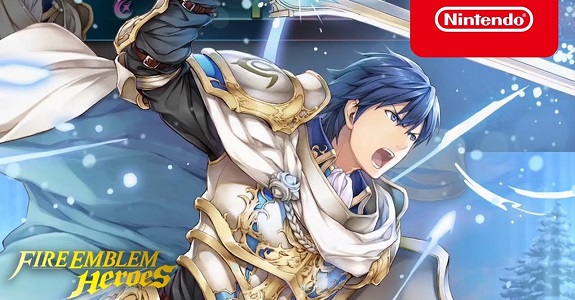 Today, Nintendo and Intelligent Systems finally revealed the new Summoning Focus set to go live on March 9th, and which is mentioned in the latest Events Calendar for Fire Emblem Heroes. It’s called “The Branded King”, and it features some characters from Fire Emblem Awakening. It will be live from March 9th to March 21st.

Here’s the list of characters included in this new Summoning Focus:

Here’s the trailer intoducing this new Summoning Focus and its Heroes (English and Japanese version, as usual):

As usual, a new set of Story Maps will go live at the same time as the Summoning Focus. This time around, they’re part of the main storyline, with the new Story Chapter being called “The True Quarry”. Also, as announced in the Events Calendar, a new set of Log-in Bonus will go live tomorrow.

Finally, a new Voting Gauntlet begins soon, and will feature Gerome: Masked Rider as a reward. More details available soon in this post!

As usual, make sure to check out the Events and Content Updates and the Characters pages to keep up to date with all that’s happening in Fire Emblem Heroes!