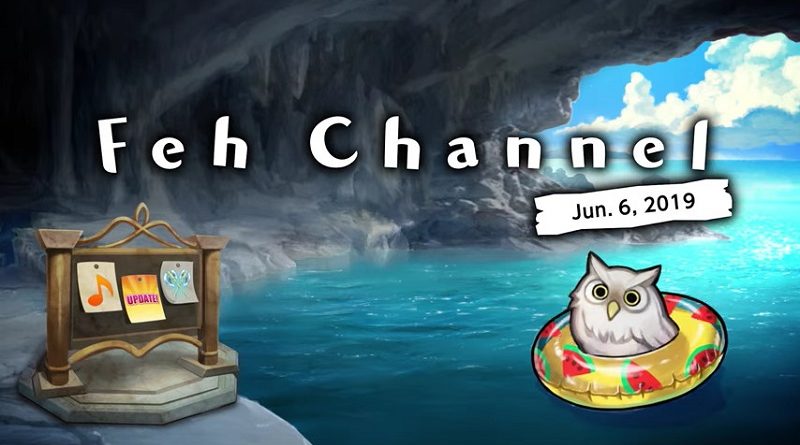 Today, the latest Feh Channel presentation was uploaded on YouTube (no livestream this time around), sharing some juicy details about what’s coming next to Fire Emblem Heroes.

First, we get some details about the next Software update (Ver. 3.6.0). It will add a new Structure to Aether Resort, called the Concert Hall. There, you can enjoy various music tracks from the Fire Emblem series, and even make the Heroes dance. You can exchange R&R Affinity for new songs, with more tracks to be added in the future. Even better: the Music settings button allows you to set the music for other areas of the game (Home Screen, Aether Raids, and Aether Resort).

Next, some changes are also coming to Aether Raids:

Next, we have some special Summoning news: starting soon, there will be weekly revival summoning events. During those, the appearance rate for Focus 5 ★ Heroes will be set to 4% (instead of 3%), while regular 5 ★ units will be set to 2%. 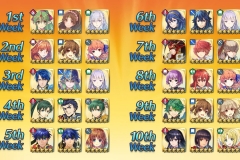 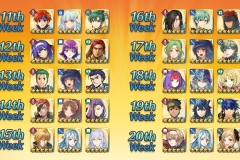 Finally, a brand new game mode was revealed: Røkkr Sieges, where you take on giant, evil-infused enemies. Players are divided in several armies, who take on specific Røkkrs. You can even choose the difficulty level.

In order to take part in Røkkr Sieges, you need stamina, but unlike other modes, there’s a trick: you can actually choose how much stamina you use. The more you use, the more damage you will deal.

In order to take on the Røkkrs, you will need to boost your attack power. This is done by attacking nearby enemies that appear on the map, but also attacking the Røkkrs themselves. The key trully lies in increasing the boost value, in order to unleash powerful strikes.

At the end battle, the allied armies swoop in and deal tons of damage… though it will not be enough to defeat the Røkkr! By the way, the battle ends after 7 turns or after you have dealt a certain amount of damage (whichever happens first).

Of course, Røkkr Sieges allow you to earn various rewards, based on your rank and the amount of damage dealt.

Røkkr Sieges go live on June 17th, with pre-registration from June 15th. There will be a special Log-in Bonus, allowing you to earn 20 Orbs, available from June 15th to June 22nd.

And that’s it for the latest Feh Channel presentation! Make sure to check out the Events and Content Updates and Characters pages to keep up to date with all that’s happening in Fire Emblem Heroes!