This week, Famitsu magazine will reveal new details about the game (story), with even more characters for Project X Zone 2. More precisely:

Since one of the things blurred on the preview below seems to be the final version of the main artwork, it’s quite likely we will finally get a confirmation for the characters recently leaked by Bandai-Namco Korea. 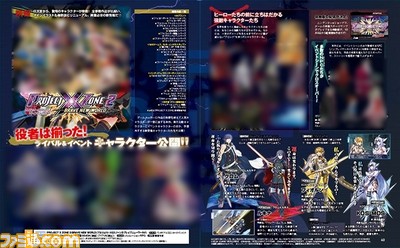 Talking about Project X Zone 2: Brave New World, it was announced today that the Single for the Opening/Ending (by marina) song would come out on December 2nd in Japan. Here’s the tracklist:

Head after the break for the rest of the previews!

With 7th Dragon III code:VFD coming out next week in Japan, Famitsu will have a round-up of previously revealed details about the game in its latest issue. There’s also a retrospective of the series, highlighting the connections with this entry on Nintendo 3DS (while avoiding possible spoilers along the way).

Pro Yakyuu Famista Returns comes out on Thursday in Japan, on the same day as the latest issue of Famitsu magazine. There will be an 8 page article dedicated to the game, with quite a few details about the game (including a list of skills recommended for the players), and more. 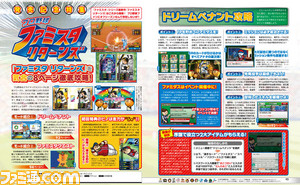