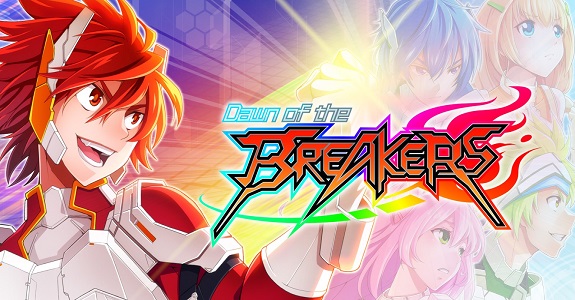 Yesterday, it was announced that Wandersong (the whimsical musical adventure game) will be released on September 27th in Europe and North America. Here’s a trailer:

Wandersong (Switch – eShop) comes out on September 27th in Europe and North America. The Upcoming Games page has been updated!

Earlier this week, HoundPicked Games announced that development has begun for a Nintendo Switch version of HyperParasite (a “relentless twin-stick shooter/brawler with rogue-lite mechanics” set in the 80s), by Tryglobytes Games.

HyperParasite is a relentless twin-stick shooter/brawler with rogue-lite mechanics and is set in the roaring 80s, offering cool looks, fast action and great controls. The onscreen cast of characters, 60 different classes, all of which you can control, exploiting their own attributes weapons and moves, present a game of outrageous action, rip roaring brawling at is very best, laced with a comical slant which adds spice and fun! So no more looking for weapons, it’s the dude you control that is packed with the surprises!

Every Breath You Take

A dystopian world presents an ambience of dislocation, menace and tough love which is set around World War III. The unseen aggressor marauding and consuming its way through the population is a parasitic organism capable of making hosts of unsuspecting human beings, consuming what’s left of their souls and wreaking unfathomable havoc.

Players will traverse a total of 13 game levels: 5 main levels and 8 sub-levels, plus the customary crazy boss fight at the end of each main level and several mini-bosses . With martial law having been declared to make way for a global hunt, battle-hardened law enforcers have made allies of the most degenerate of criminals, while the rest of the world is paralysed with paranoia. So who can be trusted? Who can see it, let alone destroy it? That’s for them to worry about. For YOU are the enemy. YOU are the organism with a mission.

HyperParasite (Switch – eShop) does not have a release date yet. The Upcoming Games page has been updated!

Today, Hero Concept announced the upcoming release of Doughlings: Arcade on Nintendo Switch, on September 13th in Europe and North America. It’s a brick breaker featuring a “nostalgic art style”, but also a fresh take on power-ups, character evolution, level design, and even some “humorous narration”.

Here’s a trailer and plenty of details about the game:

Rather than resting easy with a tested classic, Hero Concept has added new layers of clever play and game mechanics. Playing as Morpheus you are tasked with healing as many of your fellow Doughlings as possible in each level. The traditional power-up is revamped and instead, Doughlings offers the Show Off which when earned provides an effective and entertaining trait to use in each level.

Character evolution comes into play in a clever way with Doughlings in the form of unlocking additional personas. Personas are activated by DNA in a level and are limited time power-ups with special abilities. Each persona comes with its own unique Show Off trait providing alternate gameplay that results in creative strategies and humorous animations.

Doughlings is jam-packed with 90 levels with varying degrees of difficulty and gameplay that provides even the most seasoned brick breaker with a challenge. An additional layer of progression is present with Morpheus and his 6 alternate personas by collecting elixirs to activate even more powerful abilities.

If 90 levels aren’t enough, Doughlings also offers its own level creation engine. Players can design and share their custom-made levels, offering endless amounts of play time and challenges. To put the icing on the cake, Doughlings is topped off with a comically narrated story that isn’t afraid to tell it like it is!

Doughlings: Arcade (Switch – eShop) comes out on September 13th in Europe and North America The Upcoming Games page has been updated!

Grandpa and the Zombies

Yesterday, Tivola confirmed the upcoming release of Grandpa and the Zombies on Nintendo Switch. It will be available on September 12th in Europe and North America, and will cost 7.99€ / $7.99.

The plot of Grandpa and the Zombies is as simple as it is thrilling, and it’s no coincidence that zombie fans will be reminded of familiar forerunners such as 28 Days later or The Walking Dead. When Grandpa Willy wakes up in hospital with a broken leg, he quickly realizes that the zombie apocalypse is here. In his wheelchair he has to escape the angry undead who are after his brains.

Using a cool head, vision and logic, players navigate Grandpa Willy through 120 challenging levels to reach the saving elevator each time. But beware: Grandpa’s wheelchair brake does not work so players have to think carefully about how to avoid all obstacles, traps and other dangers, while collecting the delicious candies Grandpa loves so much. After all, he needs them to get as far as possible. In addition, the craziest zombies lurk everywhere. Some have special qualities that may occasionally be useful to Grandpa.

Grandpa and the Zombies (Switch – eShop) comes out on September 12th in Europe and North America. The Upcoming Games page has been updated!

As compensation for a server outage that lasted several hours, players who have created an account before September 6th can get the following as special Log-in Bonus:

Here’s a short video clip for Zarvot, showcasing its versus stage selector:

The versus stage selector! I'm definitely most proud of this screen. #zarvot #gamedev pic.twitter.com/DxZLvqZBal