Cleaversoft‘s console and PC debut casts Stanley and Sydney as humanity’s last hope. Ever since dragons overtook Earth, mankind has lived in exile on space colonies orbiting the planet. Despite being faced with seemingly insurmountable odds, the unlikely duo—a sword-wielding freelance photographer and a young student blessed with ethereal superpowers—take it upon themselves to reclaim their home by skydiving through Earth’s atmosphere and striking back against the monsters below.

The two heroes approach their dragon-slaying mission with drastically different tactics. Stanley’s powerful legs allow him to make both high jumps and long leaps, while Sydney favors agility by making use of an air dash and double jump ability. Both heroes wield their bespoke skills to overcome hostile environments and push towards the vulnerable heads of their scaled serpentine foes.

Each EarthNight level features procedurally-generated dragons with multiple exits and secrets rewarding exploration. Slaying dragons grants Sydney and Stanley rewards like dragon eggs and other mysterious objects that unlock powerful upgrades. With the right tools, the duo can topple even the toughest opponents while moving through stages at breakneck speeds.

EarthNight (Switch – eShop) comes out on December 3rd in Europe and North America. The Upcoming Games page has been updated!

Here’s the English version of the trailer for the 4th major update for Super Dragon Ball Heroes: World Mission, which is releasing in early November:

Also, Bandai-Namco have announced that a special event offering increased EXP and Friendship points will run from November 8th to November 16th.

Gaming Factory have announced a game for the Nintendo Switch: Chains of Fury, a FPS developed by Art Game Studio and Cobble Games. It will be released in Q4 2020 in Europe and North America.

The creators announced that Chains of Fury will be a shooter offering both the possibility of single player and multiplayer mode (split-screen mode). The story is set in a distorted version of the future, and the main character will be a bloodthirsty mercenary. Players can expect a unique combination of the best elements known from shooters of the 1990s and quite modern solutions. As a result, the title will be accessible to new players as well as “veterans” who played two decades ago.

As Krzysztof Orzędowski explains, Chains of Fury will offer a comprehensive environment destruction system. The player can destroy at least 80 percent of the walls in a given level. The possibilities of spreading destruction will translate directly into gameplay – it will be possible, for example, to pave a brand new way to complete a given level and use the environment to surprise enemies. The creators are also preparing numerous secrets to discover. 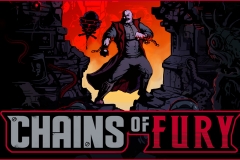 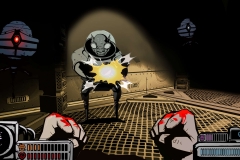 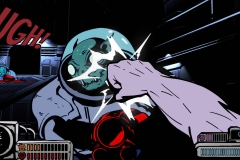 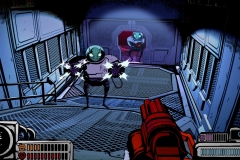 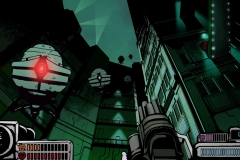 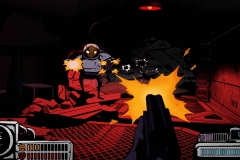 Chains of Fury (Switch – eShop) comes out in Q4 2020 in Europe and North America. The Upcoming Games page has been updated!

Here’s the latest trailer for The Legend of Zelda: Link’s Awakening: