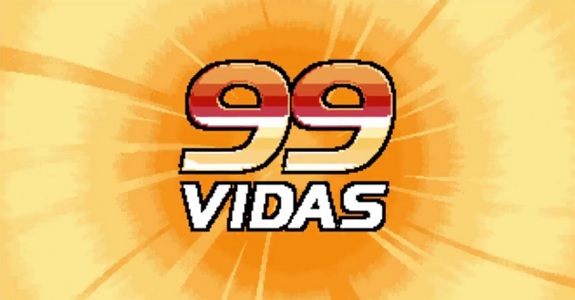 First announced last year, 99Vidas: Definitive Edition finally has a release date! The game will be released on November 27th, and is already available for pre-purchase on the Nintendo eShop with a 20% off discount. If you prefer to try before buying, no problem: a demo version is also available!

99Vidas is a side-scrolling Beat ’em up video game developed and published by QUByte Interactive, inspired by the classics of the genre of the late 1980s and 1990s, such as Double Dragon, Final Fight, Golden Axe, and Streets of Rage, featuring hand-drawn sprites and sound samples to emulate the look and feel of the 16-bit.

The game features 11 playable characters and multiple cooperative and competitive game modes, for up to four players, which can be played either locally or online.

Each of these characters has unique attributes, like speed and strength, as well as an elemental alignment (Fire, Water, Wind, Lightning, et al), which modify their regular attacks, combos and special moves. Different from more traditional games of the genre, characters gain experience points by defeating enemies and collecting special items which can then be used by the player to upgrade their abilities and combos, or even unlock new ones.

99Vidas: Definitive Edition (Switch – eShop) comes out on November 27th in Europe and North America. The Upcoming Games page has been updated!

Today, The Arcade Crew and Joymasher announced the release of Blazing Chrome on Nintendo Switch in Early 2019. Here’s a trailer and some details:

Players will need a steady aim as they plow through a warzone, utilizing tide-changing power-ups, powerful exosuits, and an arsenal of futuristic weaponry to stay alive on the battlefield.

Blazing Chrome is a throwback to the golden days of side-scrolling shooters with modern touches ensuring its gameplay feels as precise as it does authentic to the era it channels. Players can tear through six highly-varied stages filled with deadly, bullet-spewing AI as Mavra, a lone human resistance fighter, or the rebellious robotic insurgent Doyle.

Blazing Chrome (Switch – eShop) comes out in Early 2019 in Europe and North America. The Upcoming Games page has been udpated!

Tozai Games has announced that R-Type Dimensions EX will be released on November 28th (presumably worldwide). In North America specifically, the game will cost $14.99, with a 20% off discount if you pre-purchase the game or buy it at launch ($11.99).

Click here to check out the Kickstarter update, along with a new soundtrack sample!

Chicken Wiggle Workshop (Switch – eShop) comes out in Early 2019. The Upcoming Games page has been updated!

Here’s a video for Food Fight, the latest LTM for Fortnite:

And here’s a picture of the Mounted Turret, now available in Battle Royale:

Here’s a video interview for Soundfall:

Soundfall (Switch – eShop) comes out next year in Europe and North America.

The latest Kickstarter update for My Girlfriend is a Mermaid?! reveals that the English translation of the game is now over.  The game itself has already been ported and is running natively on the console, and the developers are currently working on the Nintendo Switch features. So far, the game is on track for its February release!

My Girlfriend is a Mermaid?! (Switch – eShop) comes out in February worldwide.

Early one we experimented with a more American style for cast, but ultimately settled on something more influenced by anime to match the in game visuals. Looking back I have no idea why this seemed like a good idea to start with. #gamedev pic.twitter.com/24EtR4zbEr