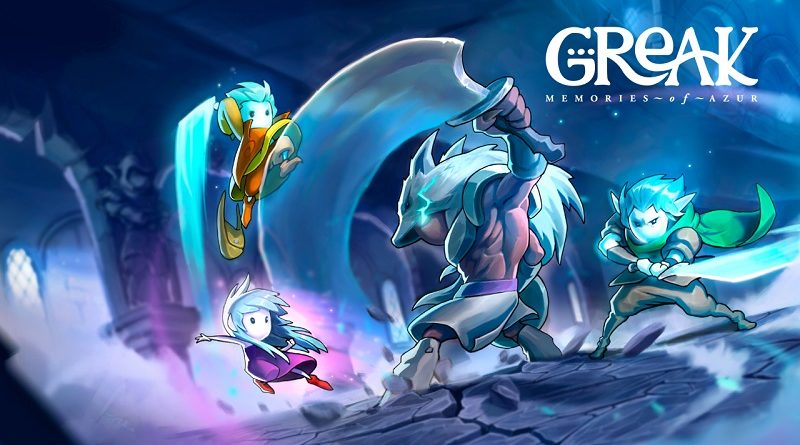 Team17 have announced that they have picked up Greak: Memories of Azur, and will publish it on Nintendo Switch and other platforms.

Greak is a single player side-scrolling adventure with traditional hand drawn animation in which the player alternates control of the three characters, guiding each of them independently to escape the Urlag invasion on the lands of Azur!

WarpedCore Studio have announced that they are bringing their debut game, Aqua Lungers, to the Nintendo Switch. It will be released on May 21st in Europe and North America.

The search for glory and riches never ends. For centuries, the last great treasures have been lost to the depths as shipwrecks filled the seas with sunken loot. Now, those who want to get rich must don brightly colored diving suits and go where no one else dares.

In Aqua Lungers, players race through challenging stages while contending with deadly creatures and dastardly opponents to collect the most treasure. While everyone’s goal is the same, all players are afforded several options to give them an edge over their competitors. Some can use their speed and agility to outpace and evade their opponents, while others might use devastating attacks to slow them down and steal their hard-earned goods …

Those looking for a solo experience (or who’d like to get some practice in before challenging Real Human Beings™) can opt for single-player mode. While essentially the same as the default game, single-player mode retains the gold-collecting mechanic while increasing the penalty for deaths in each level. This shifts the challenge from “PvP racing” to PvE survival. 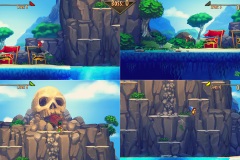 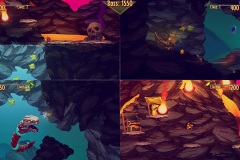 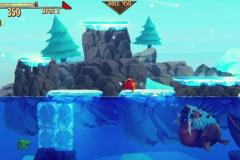 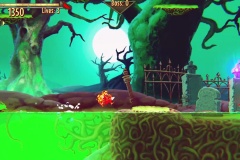 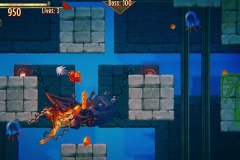 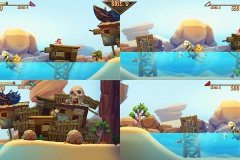 The Nintendo Switch version will include the following improvements and bits of additional content right from launch:

Aqua Lungers (Switch – eShop) comes out on May 21st in Europe and North America. The Upcoming Games page has been updated!

Versus Evil have announced that Yaga is to get a Software update later this year (Ver. 1.1), called The Bad Fate Update.

Here’s a trailer and some details for the update:

Changes in the update include brand new difficulty levels, an overhaul on the Bad Luck system, big changes made to combat, improved traversal, and a revamped crafting system. Alongside the original challenge, players can now choose a “Story Mode” for an easier storytale focused experience, or tackle “Hardcore Mode” that includes permadeath.

Additionally, the Bad Luck system is a much more user-friendly experience, giving players more control over their luck, and XP grows much faster while having bad luck. Witches can now bless away bad luck.

Combat AI has also been improved, providing a more fair and balanced challenge for players. New enemy abilities add a more diverse attack strategy to the mix as well, and now the tools have added functionality too. Ivan now runs, allowing for speedier travel so players won’t feel the need to roll as often. A new quick travel option is also available via flying ovens you can find in each map to reach a specific destination quickly. Other improvements include breadcrumbs to goals and a new mini map you can explode.

Lastly, crafting changes include the ability to add runes to your weapons for added effects, improved crafting AI, new items to use, new crafts to build, and the ability to repair weapons.