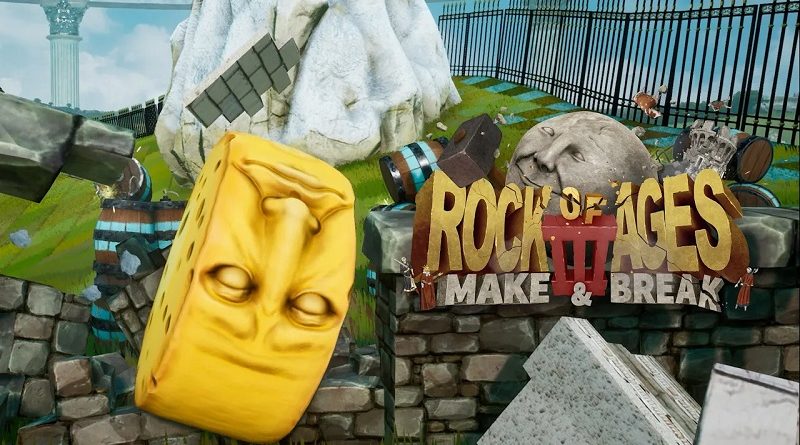 PQube have announced yet another game for the Nintendo Switch: Zengeon, a roguelite developed by IndieLeague Studio. It will be released later this year in Europe and North America.

Uncover the mystical story by collecting Memory Fragments in levels that change every time you play. Featuring random enemies, power-ups, bosses and puzzles every time, you can look forward to endless unique runs, both solo and via online multiplayer!

Zengeon (Switch – eShop) comes out later this year in Europe and North America. The Upcoming Games page has been updated!

Modus Games have announced that the release of Rock of Ages 3: Make & Break has been delayed to July 21st. It was previously slated for a June 3rd release. Of course, that delay is due to the Covid-19 pandemic, which is impacting an increasing number of games.

Rock of Ages 3: Make & Break (Switch) comes out on July 21st in Europe and North America. The Upcoming Games page has been updated!

Sold Out have announced their latest game for the Nintendo Switch: No Straight Roads, a musical action adventure game developed by Metronomik. It will be released on June 30th in Europe and North America, and will be playable in English, French, Italian, German, Spanish, Brazilian Portugese, Polish, Russian, Japanese, Korean, Chinese Simplified and Chinese Traditional (with full voice localisation in English, Spanish, French and Japanese).

The Nintendo Switch version of the game will feature the following additional features:

No Straight Roads (Switch – eShop) comes out on June 30th in Europe and North America. The Upcoming Games page has been updated!

Paradox Interactive have announced the latest expansion for Prison Architect: Island Bound, to be released on June 11th worldwide.

Here’s a trailer, some details, and the list of key features for the expansion:

Nomad Games have announced that Talisman: Digital Edition is to get a free Software update later this year. It will add 3 new characters: