Dandy Dungeon is a story-driven, romantic comedy roguelite-RPG, which fuses retro-visuals with modern ideas, and features an amazing soundtrack which layers together chiptunes and the humming of the main character himself. Loot procedurally-generated dungeons, transform your weapons into legendary blades, collect Dandy armor sets, and catalog monsters in your quest for love!  The Nintendo Switch version has been re-balanced and refined for play on the go or at home on your TV. Plus, debuting exclusively on the Switch, the game now includes a world leaderboard which allows players to compete with their friends to see who’s the bravest Yamada-kun around, and show the world which gear is best for each dungeon.

The Story Yamada-kun (Age 36) is a programmer at a major game publisher. He hates his job. Alone in his apartment, deep into the night, he toils to create a game of his own: it’s an RPG, and he is the hero, Brave Yamada! One day, he falls in love at first sight with his new neighbor Maria-chan. In an effort to nurture these feelings, he adds Princess Maria into his game! Will Yamada-kun and Maria-chan find love? Is destiny pre-programmed, or randomly generated? Is love a bug or a feature? Find out in this unique RPG, coming June 27th, 2019 from Onion Games!

Granzella have announced that they were able to lower the goals for the various stretchgoals, which is good news as that means more of them will eventually be reached. In fact, one has already been reached: “Make Ghost function available in the gameplay” at $550 000. The next one is “Subtitles in European languages (French, Italian, German, and Spanish”) at $600 000. 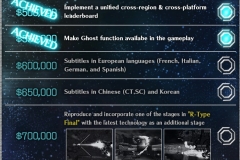 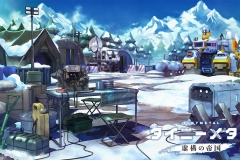 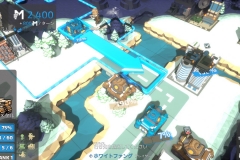 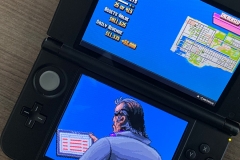