Ratalaika Games have announced their latest game for the Nintendo Switch: Radio Squid, the latest work from Pixelteriyaki. It will be released on June 19th in Europe and North America, and it will cost 4.99€ / £4.99 / $4.99.

A young squid’s treasure hunting company finds a cursed jukebox! After accidently breaking it, the young squid is now cursed to shoot projectiles at the beat of the music! Can you lift the curse?

A young squid has been cursed! Now it’s up to you to lift the curse by reaching the depths of the sea with plenty of coins at the end! Explore deep sea floors while taking care of your enemies by utilizing the power of the siren song!

Shoot your enemies with projectiles to the beat of the music, watch out not to get hit by your own shot! For extra challenge, try to bounce off your shots to the wall in order to hit enemies! 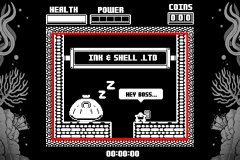 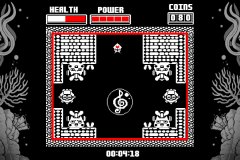 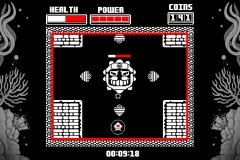 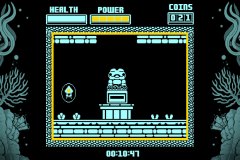 Radio Squid (Switch – eShop) comes out on June 19th in Europe and North America. The Upcoming Games page has been updated!

This version of the game will include the following:

Here’s the latest video for the game, along with some more details:

Take control of one of the most technologically advanced armies in the Imperium – The Adeptus Mechanicus. As Magos Dominus Faustinius, you’ll lead the expedition on the newly rediscovered planet of Silva Tenebris. Manage resources, discover long-forgotten tech, plan tactical operations using the Noosphere technology and control your Tech-Priests every move. Your every decision will shape the missions ahead and ultimately decide the fate of the troops under your command. However, choose your path carefully – the Imperium depends on it.

Starcolt have announced that the release of Best Friends Forever has been further delayed, due to the Covid-19 crisis. The new release date will be announced at a later date, but it looks like it won’t be that far off in the future.

Here’s the message from the developers about the delay:

What a year 2020 was, and it’s only June! In these unprecedented times, game development (like many other industries) is going through a wave of unknowns in response to COVID, ones which we have been working as hard as we possibly can to deal with and deliver you a game full of Dogs and Dates. The team has been working so diligently despite all these challenges, and has never once stopped giving the game their love and attention – for that, and all the other care they’ve given this project, I’m super proud of them.

The unfortunate news is that due to circumstances outside our control, we have to delay the release of Best Friend Forever slightly further – this shouldn’t be for too long, but we don’t want to give you a date until we’re certain it’s the final, 100% certain date because we want to give you the game as much as you want to play it! Stay tuned for the new date, which will be announced soon through all our social channels and mailing lists.

Best Friends Forever (Switch – eShop) does not have a release date yet. The Upcoming Games page has been updated!

Another Stretchgoal for Curse of the Sea Rats on Kickstarter has been reached: Mamma Ratteli (Special Boss) at 70 000€, with 73 195€ pledged as of writing. The campaign is still ongoing, with 17 days left, but no new Stretchgoal has been announced yet.