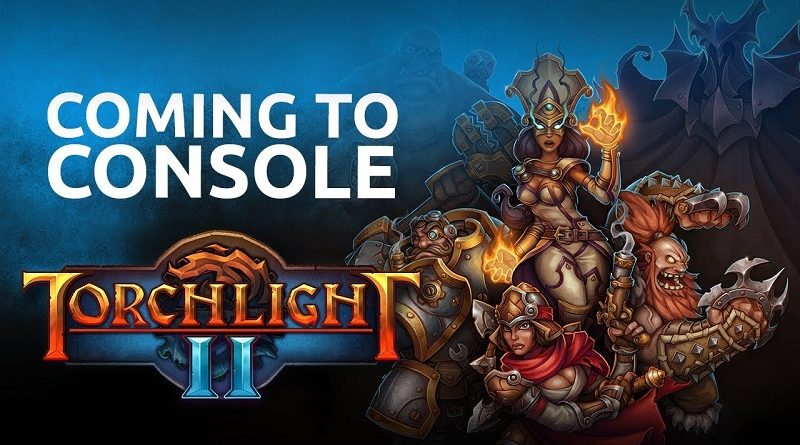 NSLT is the definitive Lucky experience, rebuilt from the ground up with revamped content and features to surprise and delight fans while inviting a whole new audience to fall in love with its energetically optimistic hero.

New Super Lucky’s Tale begins as Lucky is drawn into the magical Book of Ages, which the Guardian Order has tried to keep safe from the mysterious villain known as Jinx. On his quest to return home, Lucky will discover his own connection to the Guardians, meet a hilarious cast of friends and adversaries, and find the strength to defeat Jinx and his crafty progeny, the Kitty Litter.

Perfect World Entertainment have announced that Torchlight II will be released on Nintendo Switch on September 3rd worldwide. It will cost $19.99.

Torchlight II invites adventurers to Vilderan, a sprawling continent filled with monsters and adventure at every turn. Like the original Torchlight game, the sequel sets itself apart from other action RPGs with a charming art style, frantic combat, signature pet system and deep character customization. The console version retains these signature mechanics while adding enhanced controls, an improved targeting system and a new interface designed specifically with console gamers in mind. Players will also discover updated achievements and trophies to earn through gameplay, plus brand new pets making their debut exclusively on console. In addition, Nintendo Switch users will have the opportunity to play Torchlight II with their friends via wireless play, allowing up to four players to connect multiple Nintendo Switch consoles together via a local wireless connection.

Bandai-Namco have announced that players who pre-order Rad will get the following bonuses: an exclusive joystick bat and character styles. Here’s the latest trailer for the game:

Here’s a trailer, some details, the list of key features, and some screenshots for Duke of Defense:

Unbound by the confines of typical tower-defenses, Duke of Defense puts you in the shoes of the newly titled Duke tasked by a mysterious cloaked figure to protect the realm. Roll, laugh, slash, and build your way through waves upon waves of goblins, ogres, golems and more, collecting coins from the fallen foes as you go. Use your gathered gold to turn the trees adorning the battlefield into upgradeable towers, choosing between nine different variants that target different types of enemies. Level up your Duke via a skill tree as you progress; your couch co-op companion will also have all the same sick skills as you during local 2P mode! Customize your Duke at the Wardrobe Well – choose between loads of quirky heads while unlocking more as you progress. Prepare for fast-paced boss battles with some pretty angsty wizards, conversations with philosophical deer, and hordes of bit-constructed baddies while jamming to a masterfully crafted soundtrack. 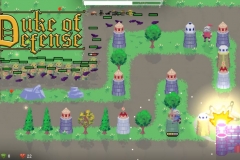 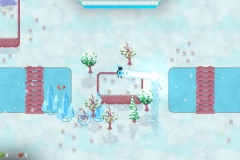 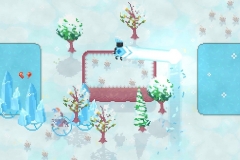 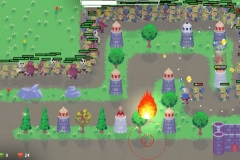 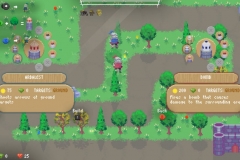 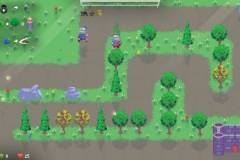 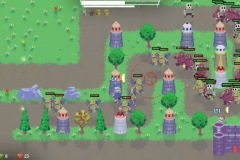 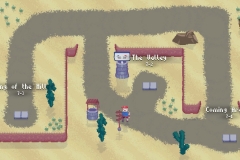 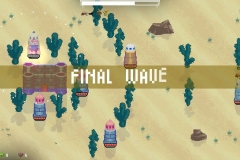 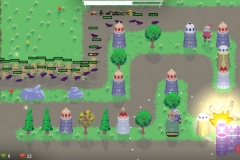 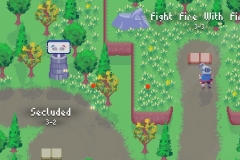 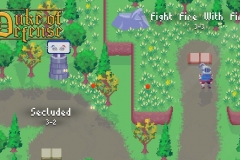 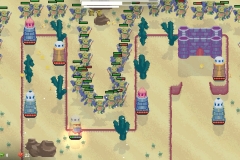 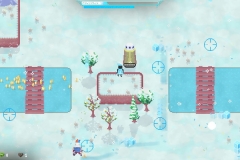 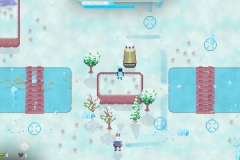 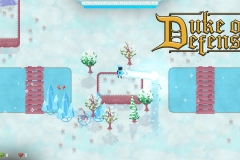 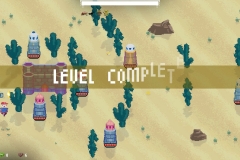 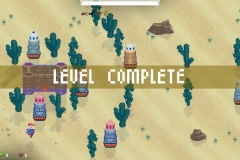 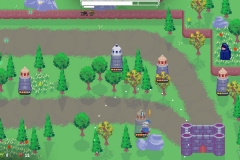 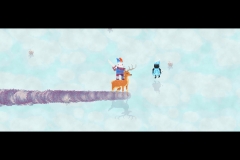 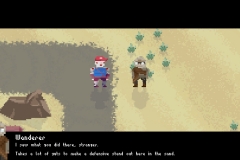 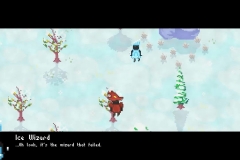 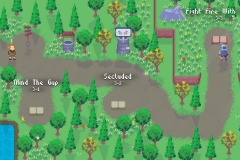 Duke of Defense (Switch – eShop) comes out on August 20th in Europe and North America.