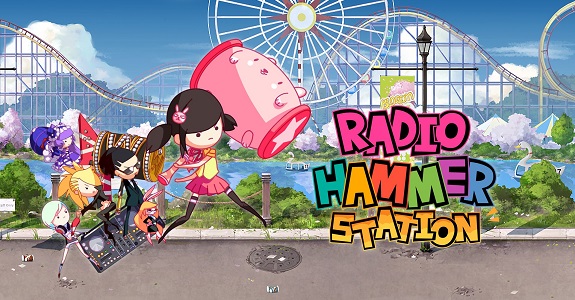 Radio Hammer was first released on Nintendo 3DS back in 2015, and it’s now headed to the Nintendo Switch! Today, Arc System Works revealed Radio Hammer Station, that will be released on July 12th in Japan (and most likely on the same day in Europe and North America).

Radio Hammer Station (Switch – eShop) comes out on July 12th in Japan. The Upcoming Games page has been udpated!

Announced a few weeks ago for the Nintendo Switch, Holy Potatoes! A Weapon Shop?! is finally ready for release. It will be launched on July 12th in Europe and North America. It will cost 14.99€ / £14.99 / $14.99, and will be playable in English, French, German, Spanish and Russian.

For those of you who never heard about this game before: it’s a management and simulation game, where you have to manage your own weapon shop. Your goal is to keep expanding your business throughout the entire potato universe!

Here’s a trailer and more details:

As a true chip off the old spud, take charge of your granddad’s weapon shop and turn it into the place to be for hard-boiled adventurers. Employ eager smiths to craft hundreds of weapons, then sell them to any heroic spud you like. Peel off the profits to buy more materials, find relics and enchantments on your travels, train up your smiths and then do it all over again! The better your weapons, the better your reputation becomes… keep it up and soon enough, you’ll have a shop that is the cream of the crop!

Holy Potatoes! A Weapon Shop?! (Switch – eShop) comes out on July 12th in Europe and North America. The Upcoming Games page has been updated!

Today, mebius announced that Okuri-inu will be released on July 12th in Japan, where it will cost 900 Yen. Here’s some screenshots:

Okuri-inu (Switch – eShop) comes out on July 12th in Japan. The Upcoming Games page has been updated!

Here's a sneak peak of the combat system in #FeudalAlloy.
Do you like it?https://t.co/oKuWwScNlK #NintendoSwitch #indiegame #PCGaming #nindies #indiedev pic.twitter.com/ZK9C8kjwUy

Here’s the launch trailer for Yuso, releasing today in Europe and North America:

Here’s the trailer for SteamWorld Heist, releasing on July 12th in Japan: