Heads up for players interested in Ape Out: the demo version is now available for download worldwide. Also, the game is now on sale with a 30% off discount, for those of you convinced by the demo (or those who were simply waiting for a sale).

Ratalaika Games have announced that Hoggy2, an action platformer developed by Raptisoft announced a few days ago, will be released on July 26th in Europe and North America. It will cost 4.99€ / £4.99 / $4.99.

The couple that plays together, stays together and when the Moon Men kidnapped Hoggy’s children, both Hoggy and Hogatha will do what it takes to save not just their children, but the entire world!

The pink slime called Hoggy is back and a whole new wonderful adventure awaits. Except this time around, Hoggy isn’t on his own, as Hogatha is keen to join him and the two must work together to rescue their slime-mold children from the evil Moon Men that kidnapped them!

On top of offering all those who choose to play Hoggy2, some classic platformer action, Hoggy2 has more than 200 levels that players will need to beat, in a bid to gather enough keys to reach the moon and face some of the most bizarre boss battles to date. Players will also to take advantage of a gravity-swapping mechanic that allows players to stick to ceilings and by eating certain foods, can trigger some interesting transformations that need to be seen, to be believed!

Hoggy2 (Switch – eShop) comes out on July 26th in Europe and North America. The Upcoming Games page has been updated!

Chubby Pixel have announced that Woodle Tree 2: Deluxe will be released on July 25th in Europe and North America. Here’s the trailer for the game:

Woodle Tree 2: Deluxe (Switch – eShop) comes out on July 25th in Europe and North America. The Upcoming Games page has been updated! 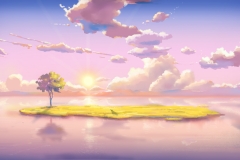