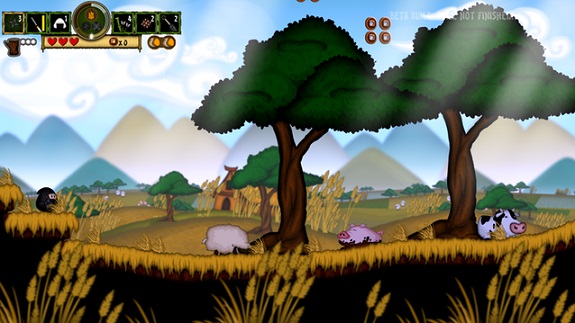 Today’s Nintendo eShop news: another gameplay clip for Sneaky Ninja on Wii U, but also…

Last week, Starfall Studios shared another gameplay clip for Sneaky Ninja (coming to the Nintendo eShop of the Wii U). This time, it’s a rather… unique weapon that’s showcased: the mallet, which actually comes from the gong mini-game. As you can see, it may not be the most stealthy of weapons, but it’s certainly one of the most effective!

Here’s the latest gameplay clip for the game:

In #SneakyNinja, the mallet from the gong minigame doubles as a bonus not-so-stealthy weapon! #screenshotsaturday #indiedev #gamedev #WiiU pic.twitter.com/4xOHDtRAZD

Sneaky Ninja will be released on the Nintendo eShop of the Wii U.

Today, Circle Ent made a couple of announcements:

Naturally, the Upcoming Releases page has already been updated with both the new game and the release date for the Kutar series titles in Europe!