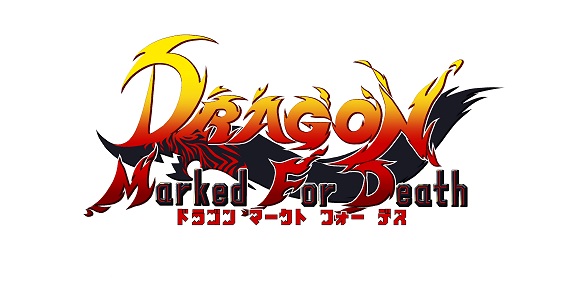 Dragon Marked For Death is the latest game from Inti Creates, and it was announced during the latest Nindie Showcase, in August. It was supposed to release this winter, but it’s become clear enough the game will not be ready in time for a 2017 release. Yesterday, Inti Creates announced that it would now be released “sometime” in 2018. The Upcoming Games page has been updated to reflect this change!

Earlier this month, Brian Fargo teased Wasteland 2: Director’s Cut for the Nintendo Switch. This isn’t a proper announcement, but it’s a confirmation the game is coming at the very least!

Here’s the picture he shared:

Wasteland 2: Director’s Cut (Switch – eShop) does not have a release date yet, but it’s already been added to the Upcoming Games page!

Of Mice and Sand -REVISED-

Yesterday, Arc System Works released Of Mice and Sand -REVISED- on Nintendo Switch, in Japan. It’s an expanded version of the Nintendo 3DS game, with some additional content. Unfortunately, no release date for Europe or North America yet, but at least, we know the game is coming, and that it will cost 9.99€ / £9.99!

Of Mice and Sand -REVISED- (Switch – eShop) does not have a release date yet, but it’s already been added to the Upcoming Games page!

Regalia: Of Men and Monarchs

A few days ago, Pixelated Milk announced they were bringing Regalia: Of Men and Monarchs to the Nintendo Switch, in Q1 2018. Inspired by JRPG classics, it offers a “modern mix of good old adventuring and dynamic storytelling”.

Here’s the key features and a trailer:

Regalia: Of Men and Monarchs (Switch) will be released in Q1 2018 in Europe and North America. It’s already been added to the Upcoming Games page!

And another successful indie on Nintendo Switch! Earlier today, FDG Entertainment announced that the Nintendo Switch version of Blossom Tales: Tales of the Sleeping King had sold x2 more on launch day than on Steam… since launch! Of course, the fact that it’s a Zelda-like probably is one of the biggest reasons the game sold so well on Nintendo Switch in the first place.

It’s certainly not announcements like this one that are going to slow down the amount of indies interested in releasing games on Nintendo Switch!

Earlier this week, Flyhigh Works announced that the 65 games they released on Wii U and Nintendo 3DS sold a total of 1 million units combined… that’s about 15 000 units on average, which is a pretty good result.

After all, those sales are only for Japan (since the Wii U and Nintendo 3DS were not region-free, they did not publish their games outside Japan… and there’s also the western games they localised for the Japanese market).

To celebrate, they’re having a sale from December 27th to January 10th. You can find the complete list of games on sale on this page!

Here’s some gameplay footage for Pic-a-Pix Deluxe, on Nintendo Switch:

Pic-a-Pix Deluxe (Switch) comes out on January 4th in Europe and North America.

Here’s the launch trailer for Vostok Inc. on Nintendo Switch:

Here’s the launch trailer for Mom Hid My Game on Nintendo Switch: