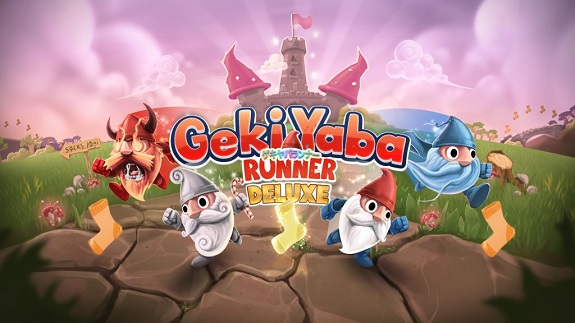 In the past few weeks, the folks at Ratalaika Games have been hard at work on the Wii U and Nintendo 3DS versions of Plantera. Now that work on those is pretty much done, they will now start working on the updates for Blasting Agent : Ultimate Edition and Defend Your Crypt… and maybe a new port, it seems!

Here’s some screenshots for GekiYaba Runner Deluxe on Nintendo 3DS:

Today, Cypronia announced their latest game, called Zombie Brigade: No Brain No Gain. It’s a “parody runner”, that will be released on Wii U on December 22nd in Europe, and January 5th in North America.

In this game, you get to control up 8 characters at once, and your goal is to travel around the world to infect everyone. The game will cost $4.99 / €4.99, but players who already own Cube Life: Island Survival will be able to download it for free during the 5 days following launch.

Here’s the trailer for Zombie Brigade: No Brain No Gain on Wii U:

In North America, Ohayou! Beginner’s Japanese is on sale until January 5th (20% off, click here for more details). Earlier today, FingerGun Games confirmed that Europe would get a similar sale, but from December 22nd to January 12th instead.