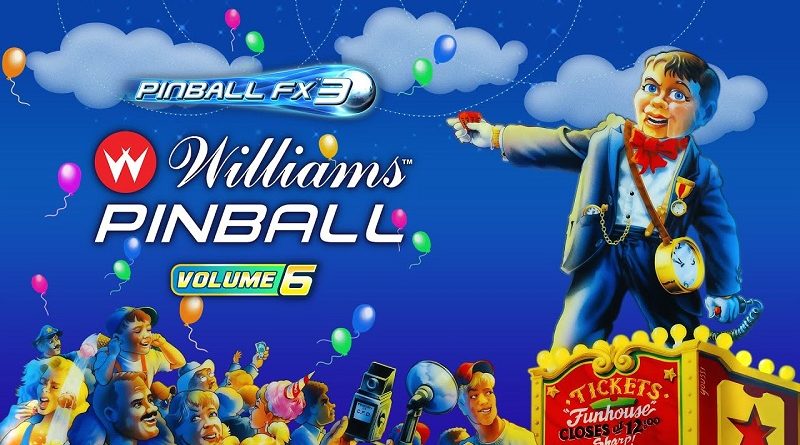 Today’s Nintendo eShop news: release date for the Heart of Deimos expansion for Warframe, but also…

During the TennoCon, this week, Digital Extremes announced that the Heart of Deimos expansion for Warframe will be released on August 25th worldwide, and on all platforms simultaneously.

Here’s a playlist with all the videos from the TennoCon, and tons of details for the Heart of Deimos expansion:

Weaving the grotesque and the beautiful, old and the new, the Heart of Deimos will propel Warframe into a completely new era — one that now starts with a Cinematic New Player Introduction and has three open worlds to explore. A living moon, the new open world Heart of Deimos unwraps the Infested factions’ murky, complex origins, unveiling the lost Entrati family and the marvels of technology and horror it left behind. With the Cinematic New Player Introduction, new and veteran players alike will feel like they are playing a significant part in a larger universe with greater consequences. And with the newly revealed Helminth Chrysalis System, Tenno can transform their space ninja by transferring Abilities between Warframes, kicking off one of the game’s deepest customization systems yet.

Heart of Deimos features a wealth of even more eye-opening features and surprises starting with 2020’s second Warframe, the imaginative community-designed, gender-neutral Xaku. Unveiled in Heart of Deimos, Xaku wields the power of the Void, assembled into a trio of different Warframe visuals and functions. Following in the footsteps of Protea, Xaku is the 44th Warframe

On the moon surface, players will find themselves thrust into the sticky, pulsing, and terrifying hivemind landscape of the Infested faction, where nearly everything feels alive and connected. Giant towering wyrms, silhouetted against the darkened red sky, battle for control over night and day, while on the ground bulbous pods burst open with Entrati NPCs consumed and transformed by the Infested hive mind or a cadre of belligerent Infested creatures, ready to attack.

Underground, a series of procedurally generated networked tunnels and vertical spaces lead players to further explore the secret origins of the Infested and the twisted Entrati experiments. One remnant from the Entrati’s past works are giant, powerful ‘combat mechs’. These giant war machines might have served multiple purposes in the past but will play a key to players’ survival against a relentless enemy on their home planet. Players will fight against and in them!

Tenno will discover their K-Drives (introduced in Fortuna) upgraded to living ‘Infested hoverboards’, while re-experiencing open-world gameplay elements such as conservation, fishing, and Archwing flying and combat. Harbored on the second moon of Mars, Heart of Deimos is located early in the Star Chart progression, making it accessible for new players.

Zen Studios have announced Volume 6 of Williams Pinball for Pinball FX3 (no release date yet). This new set will include 3 classic tables:

Prepare for liftoff! Explore the wonders of space in Williams Pinball Space Station ™.Experience the thrill of working at the space station as you dock space shuttles, inspect meteors, and more importantly avoid being hit by them!

Drop into Dr. Dude’s Kinetic Clinic in Dr. Dude and His Excellent Ray ™. Play to get hip, earn respect, and be the envy of your friends. Get hit by the Excellent Ray increasing your score on the Dude-O-Meter, eventually turning you into Super Dude. Just what the doctor ordered!

As usual, those tables will be available in two versions: classic and remastered.

Here’s a video for Williams Pinball: Volume 6 for Pinball FX3:

Stracos Labs have announced a game for the Nintendo Switch: Our Happy Asylum, a platforming horror game that will be released in Europe and North America in Spring… 2022.

Here’s some details and some concept art:

The game will be a platforming horror game that focuses on jumping into the minds of the insane, seeing the world through their eyes in a Spyro-esque format. Travel back to a Victorian England where you have been condemned to a life of treatment from questionable doctors and meet a colorful cast of memorable characters that will leave you both terrified and introspective of how mental illness was previously treated. 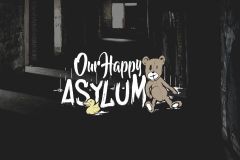 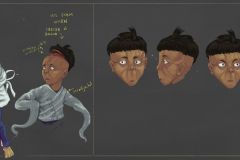 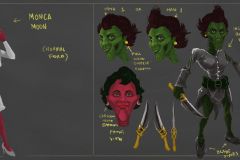 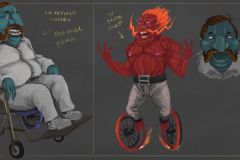 Our Happy Asylum (Switch – eShop) comes out on in Spring 2022 in Europe and North America.

Here’s the launch trailer for Dininho, now available in Europe and North America: