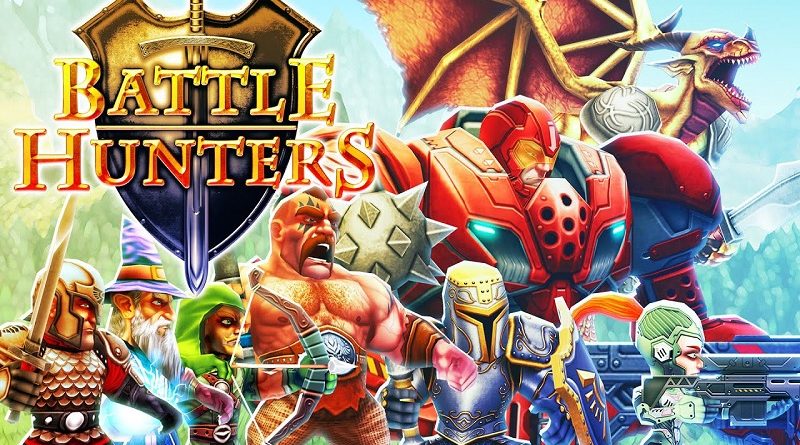 Red Zero Games have announced a game for the Nintendo Switch: Here Be Dragons, a “tactical strategy and turn-based dice rolling game”. It will be released on September 3rd in Europe and North America.

Not all heroes who later became legends were dauntless, gentlemanly, and wise. In fact, some were lily-livered, mannerless, or plain stupid, and, frankly speaking, became “heroes” for all the wrong reasons. But you’ve gotta admit, playing as yet another heroic Chosen One on a journey to save the world for about the thousandth time is incredibly boring. So instead, Here Be Dragons will allow you to become a bit of a crazy captain accompanied by a dead parrot (no judging!), somehow constantly getting into trouble.

In 1492, Christopher Columbus led Europe to a New World. That’s a fact. OR IS IT? Think about it. Ten weeks of travel, 100 people, three ships. Waters full of frightening creatures like the Kraken, Triton, Leviathan, and ghost ships. Do you really think three ships stuffed full of humans had any chance against those gargantuan sea creatures? Of course not! They were just three juicy dumplings, filled with delicious stuffing, exposed to the bloodthirsty beasts of the ocean. But these lousy officials feed you stories of Christopher Columbus’ alleged greatness. Why? For those who don’t know – it’s always about money and reputation.

The upper classes, worried about their place in the hierarchy, were dissatisfied with the stories about the “Avant Armada” that spread around the world, stories of brave lunatics who defeated beasts lurking beneath the cold waves of the Atlantic Ocean. All documentation of the facts was destroyed, and any word of these events turned into unverified hearsay, to be easily replaced by a pompous legend about the success of Christopher Columbus.

Who would benefit from such a story? One about a bunch of freaks who cleared hostile waters, just so Chris could sail them as easily as a canoe across a pond? It’s not the kind of legend an old sailor would tell the locals. It wouldn’t get all the landlubbers talking, nor would it inspire the people. 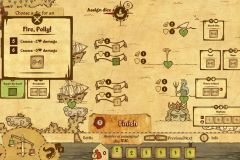 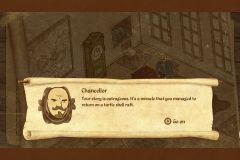 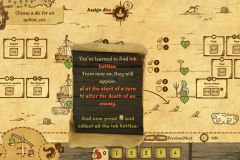 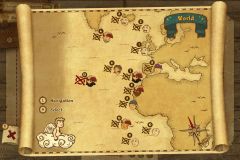 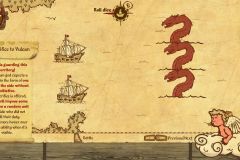 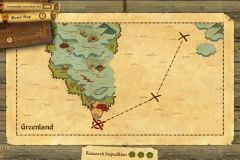 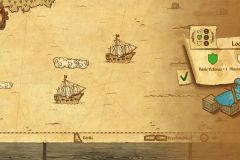 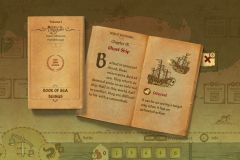 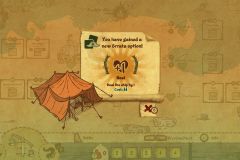 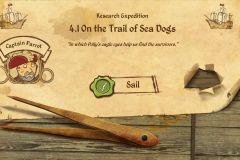 Here Be Dragons (Switch – eShop) comes out on September 3rd in Europe and North America.

Phase Two Games have announced a game for the Nintendo Switch: Battle Hunters, a squad-based RPG. It will be released this October in Europe and North America.

The Kingdom is in Danger and the oldest and wisest wizard stands alone, the last bastion of hope, struggling to keep a nameless villain at bay. Players will command a team of 3 plucky adventurers, plunging headlong into dungeons, caves, forests and swamps as they heed the call for help from the old one.

A huge variety of beastly adversaries and monstrous villains will impede your quest, hellbent on your party’s destruction as you make your way across different regions of the kingdom. Yet mighty heroes also stand ready to join the fight as your valiant band takes on the forces of darkness. From the Great Forest, inhabited by devious goblins and lumbering trolls, to the high Cliffs of Desolation, where vicious gargoyles and unstoppable stone golems await you.

Battle Hunters offers a unique and intuitive combat system that combines strategic command of your heroes with a combination of turned-based and real-time action. Combat takes place with melee and ranged characters, armed with all manner of swords, spells, blades and blasters. Heroes can be upgraded, swapped around, and mixed and matched to tailor make a party, giving you a better fighting chance. Locked chests and barrels of food provide plenty of loot to keep your pockets full of gold and your heroes well-fed. Mini quests provide short-term objectives while also driving the overall narrative forward.

With a more strategic approach to combat, Battle Hunters lets players form an adventurer party of 3, chosen from a lineup of 28 unique hero characters who are met and recruited along the journey. Be it the Wizard, the Barbarian, the Rogue or any other hero, each has their own specialized fighting skills and unique abilities that players can level up and enhance along the way. Different heroes bring a range of strengths and weaknesses to the battle, and with such a wide array of enemies to confront, the player must use the right combination of heroes to suit their own battle style, and to ensure victory.

Battle Hunters (Switch – eShop) comes out this October in Europe and North America.

Lightwood Games have announced their latest game for the Nintendo Switch: Alphaset by POWGI. It will be released on August 27th in Europe and North America, and will cost 7.99€ / £6.49 / $7.99.

Alphaset is a crossword puzzle without clues. Instead, players are presented with a partially-completed puzzle with 26 blank squares. Each letter of the alphabet must be placed exactly once in order to fill the grid with valid English words.

Puzzles can be solved through experimentation and deduction, drawing on the player’s knowledge of English vocabulary. There is only one correct answer to each puzzle, and there is always a logical route to find it.

Knowing which letters have already been used and which still need to be placed somewhere will lead you towards the right choice in situations where multiple words can be formed.

Alphaset by POWGI contains 120 puzzles to solve, with a terrible “dad joke” to make you groan each time you solve one. 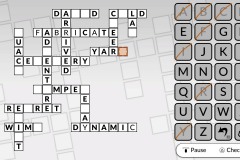 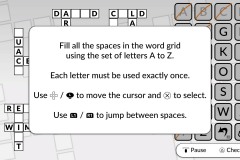 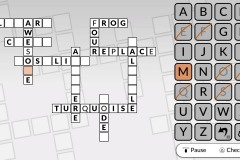 Alphaset by POWGI (Switch – eShop) comes out on August 27th in Europe and North America.