Ratalaika Games have announced that Mekabolt, the puzzle platformer by somepx, will be released on August 23rd in Europe and North America. It will cost 4.99€ / £4.99 / $4.99.

Players take the role of a theme park technician that needs to collect batteries to repair the haywire robots. With your handy Mekabolt, use the out of control robots to your advantage to overcome obstacles and obtain the batteries across 100 puzzle platforming challenges.

Shoot your trusty Mekabolt to deactivate the robots, use them as platforms, ride them to new heights, and burn pesky underbrush to reach the battery at the end of the stage.

The robots can be manipulated to help you reach your goal. Watch out for dangerous traps, waiting to impede your progress. Only you can save the day! 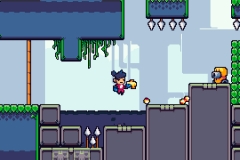 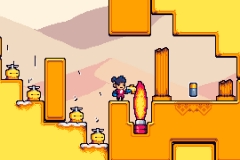 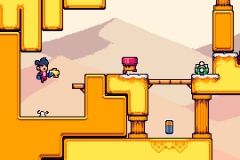 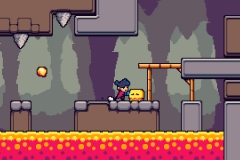 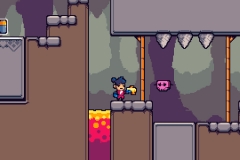 Mekabolt (Switch – eShop) comes out on August 23rd in Europe and North America. The Upcoming Games page has been updated! 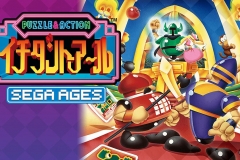 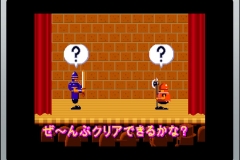 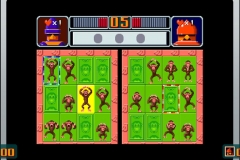 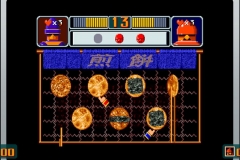 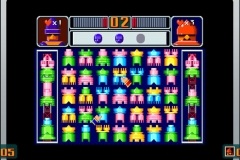 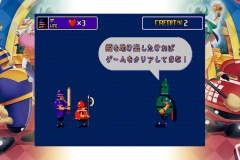 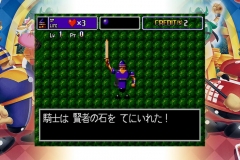 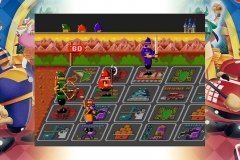 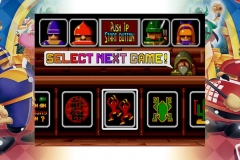 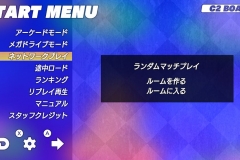 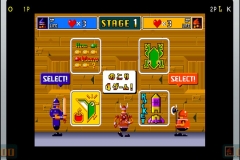 SEGA Ages Puzzle & Action: Ichidant-R (Switch – eShop) does not have a release date yet.

Here’s the latest set of picture and details for River City Girls: 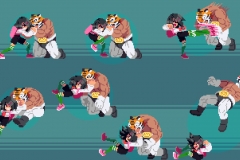 As Misako and Kyoko level up and visit dojos in River City Girls, they’ll gain access to a variety of powerful moves. These include Misako’s Stone Hands (a series of punches), Kyoko’s Frankensteiner (a leg throw), and Misako’s Stun Gun (a jaw-busting grapple attack, shown here)!

Koei-Tecmo have announced a new game for the Nintendo Switch: Monster Rancher (the original, first released on PlayStation). It will be released via the Nintendo eShop later this year in Japan. 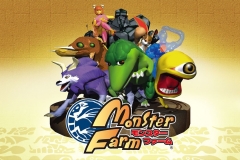 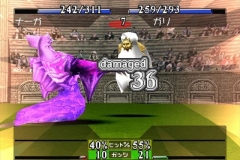 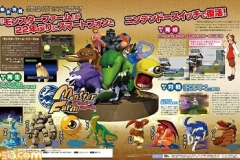 Monster Rancher (Switch – eShop) comes out later this year in Japan. The Upcoming Games page has been updated!

Forever Entertainment have announced that Omen Exitio: Plague will be released on August 29th. It will be available for pre-purchase on the Nintendo eShop from August 22nd.

Omen Exitio: Plague (Switch – eShop) come out on August 29th in Europe and North America. The Upcoming Games page has been updated!

The latest issue of Famitsu magazine will reveal that APlus is bringing Damascus Gear: Saikyo Exodus (a robot action game) to the Nintendo Switch on August 29th. It will cost 1 852 Yen.

Here’s a video clip for Elden: Path of the Forgotten:

Elden: Path of the Forgotten (Switch – eShop) does not have a release date yet.

Today, the latest theme for Cluedo / Clue: The Classic Mystery Game was released. It’s called Egyptian Adventure, and it costs 7.99€ / £6.99 (also included in the Season Pass). Here’s some details about it:

The new theme, Egyptian Adventure, is Marmalade Game Studio’s ninth theme for CLUE/CLUEDO. It references murder mystery stories popular in the 1920s and 1930s and pays a special tribute to Agatha Christie’s “Death on the Nile”, as well as the classic Indiana Jones adventure films. Players have a chance to experience the wonders of Egypt from the comfort of their living room while searching for clues and solving the murder of Mr Boddy/Dr Black.

In Egyptian Adventure, players get a new board with nine new Egypt-themed locations, such as the famous Sphinx, the traditional Egyptian market, and the Pharaoh’s tomb, as well as corresponding weapons. Also featured is a motley collection of six new suspects, including Scarlett featuring as an Aviator, Mustard featuring as Egyptian Royalty, Peacock as a wayward Priestess, and for the first time in the digital version, the illustrious Mrs Meadow-Brook.

Here’s the launch trailer for In-Vert, now available in Europe and North America: