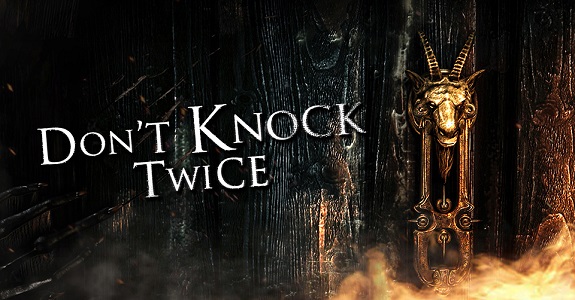 Remember Wales Interactive, the developers of Master Reboot and Soul Axiom on Wii U? Well, they’re back with Don’t Knock Twice, their very first Nintendo Switch release… and certainly not the last one! The studio has already confirmed they had more Switch titles in the work, to be announced at a later date.

Don’t Knock Twice is a first-person horror game, based on an urban legend said to be “psychologically terrifying”. You get to play a guilt-ridden mother, who must uncover the truth behind an urban legend in order to save her estranged daughter. That legend is about a vengeful, demonic witch, who wakes from her bad with one knock, and is raised from the dead with a second one…

In order to find your daughter, you have to explore a grand manor, searching for clues and using various items.

The interesting thing about Don’t Knock Twice is that it was developed in partnership with the 2017 horror film by Ffilm Cymru Wales and Red and Black Films. Both are set in the same authentic, real-life Welsh home.

And here’s some screenshots and a trailer: