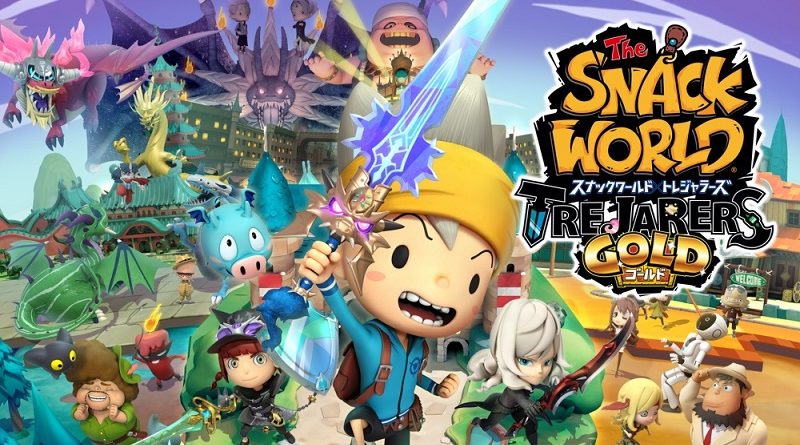 Back in April, we learned that The Snack World: The Dungeon Crawl Gold had been rated in Australia. Level-5 still haven’t made an announcement regarding the western release of the game, but here comes another sign that such a release is indeed happening: a rating has popped up on the website of the ESRB (who rated it T for Teen, with Fantasy Violence, Mild Language, and Suggestive Themes: 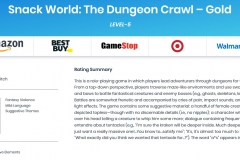 Unfortunately, we still don’t know when The Snack World: The Dungeon Crawl Gold will be released in Europe and Noth America…

The latest issue of CoroCoro magazine, to be released later this week in Japan, will reveal that a major Software update for Yo-kai Watch 4 will be released before the end of the year. More details about it will be shared in early October.

The latest issue of CoroCoro magazine, to be released later this week in Japan, will share a few more details about Puzzle & Dragons Gold on Nintendo Switch. The theme of this game is: ‘Aim for the Gold!’, and will have you take part in a tournament and aim for the top. Battles are said to feature “super realistic” monsters (as in: visually impressive, not sporting a realistic art style).

The Story Mode will feature a different story from the current anime series and manga, with Tiger and Dragon as main characters. Other characters such as Matsubara, Shin, Sakura, Yukichi, and Ryuji are said to appear in it.

The latest issue of Famitsu magazine has a few details about the Fairy Tail game from Koei-Tecmo announced last week. We learn that battles are turn-based, which wasn’t immediately obvious just looking at the teaser trailer. Players will get to choose their favourite characters in order to create their own party, and relieve the events of the original manga/anime series (the magazine specifically mentions the “middle” of the story, implying it’s not the whole thing).