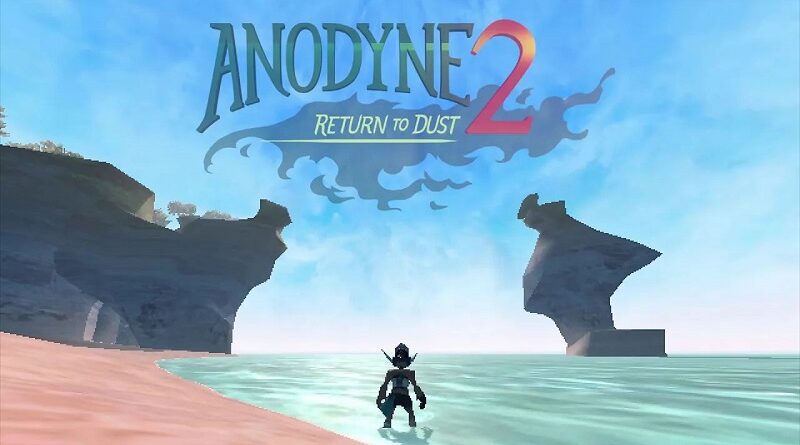 Ratalaika Games have announced their latest game for the Nintendo Switch: Anodyne 2: Return to Dust (still developed by Analgesic Productions). It will be released on February 18th in Europe and North America. It will cost $19.99, and will be playable in English, French, German, Spanish (Spain), Portuguese (Brazil), Simplified and Traditional Chinese, and Japanese.

Awaken to a surreal realm of dream-logic as Nova, The Center’s newest-appointed Nano Cleaner. After Nova’s guardians welcome her to the world, they explain her purpose: shrinking to enter denizens of the land, then removing any Nano Dust distorting their emotions and desires. Go forth into the beautifully bizarre world of New Theland on a journey playing with the conventions of genre, perspective, and tone.

Explore expansive 3D landscapes inspired by the PlayStation 1 and Nintendo 64 era. Transform into a car to quickly cover ground in the overworld, then shrink down to enter denizens in need of assistance. Upon entering their mindscapes, the world shifts to a gorgeous 2D GBA/SNES-like aesthetic representing Anodyne 2’s dungeons. Wisely wield Nova’s Nano Vacuum to solve puzzles, battle bosses, and ultimately clean up the troublesome Nano Dust.

Investigate the many mysteries of New Theland to discover Cards. Deposit Nano Dust and Cards at the main city to unlock more of the world and encounter perspectives differing from The Center’s established ideals. Perhaps simply vacuuming problems out instead of analyzing and coping with them ultimately harms rather than heals. Continue to donate Nano Dust to The Center to maintain a safe status quo, or learn an altogether new way to live.

Created by only two people, Melos Han-Tani and Marina Kittaka, Anodyne 2 occasionally offers peeks behind the curtain of game development. Unlock Metacoins hidden in devious locations later in the game to hear directly from the devs about their design process and even explore cut levels. Succumb to Han-Tani’s ethereal soundtrack while wandering through Kittaka’s handcrafted world.

Nano Dust infects the islanders of New Theland, distorting their emotions and desires. You play as Nova, a Nano Cleaner who must explore the island, seeking out the sick and shrinking inside their bodies to suction up the Dust.

Anodyne 2: Return to Dust combines the thrilling scale and cinematic storytelling of 3D games with the tight design and easy-to-pick-up satisfaction of 2D Zelda-like adventures. With art that re-imagines the PS1 and N64 era, explore 3D cities, valleys, and wastelands then shrink into the varied 2D mindscapes of characters, from snowy, aurora-lit valleys to perilous volcanic construction sites! 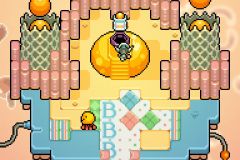 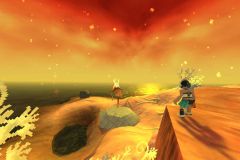 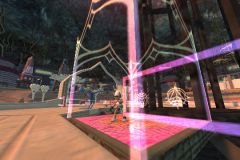 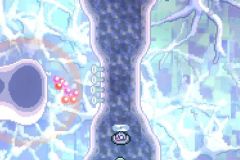 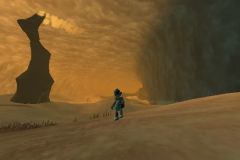 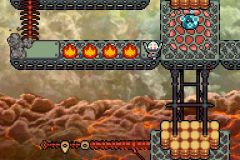 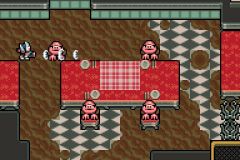 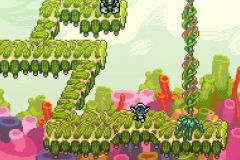 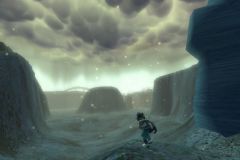 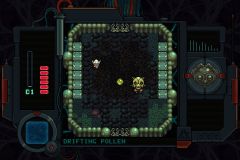 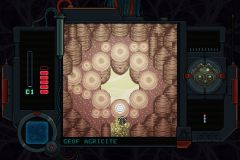 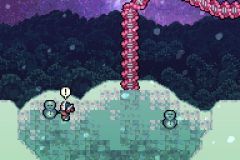 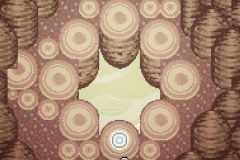 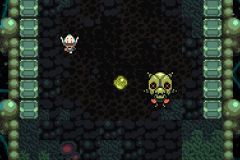 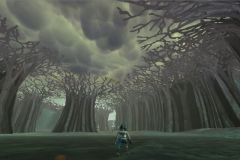 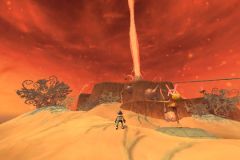 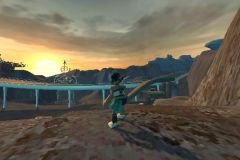 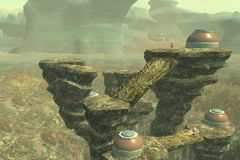 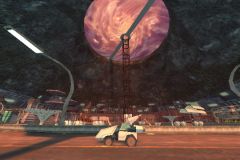 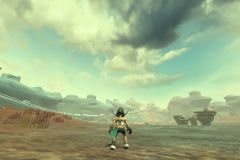 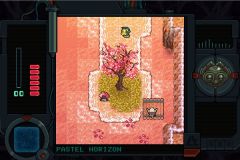 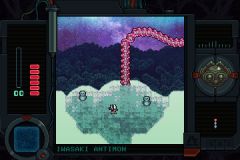 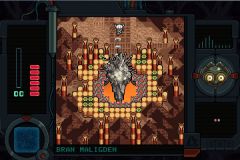 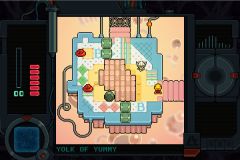 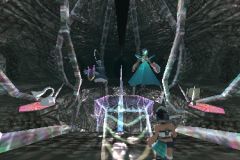 Anodyne 2: Return to Dust (Switch – eShop) comes out on February 18th in Europe and North America.

Starting today, a demo version for Fallen Legion Revenants is available for download in Europe and North America. If you play it and decide to get the full game, you will be able to transfer your save data to keep playing from where the demo left off!

Also, the game is now available for digital pre-order in both region.

Two Point Studios have announced a new edition of Two Point Hospital: the JUMBO Edition. It will include the base game, and lots of additional content:

Don’t worry if you already own the game: there will also be upgrade options available, and you will be able to purchase DLC separately if you prefer.

Here’s some details about the expansions and the DLC:

From Hogsport to Blighton, from Flemington to Smogley, from here to remote corners of the Wanderoff County Park, everyone is talking about Mother Nature. Tabitha Windsock, Two Point County’s every-present mayor, has put rivers and forests back on the map with her sudden concern for ‘green-issues’. She’s got morals, integrity and, above all else, a cloying desperation to stay in office. That’s right, voter research has repeatedly suggested that the environment is the No. 1 issue on everyone’s mind, here in Two Point County, and Ms Windsock is more than willing to fall on the sword of extensive positive press by founding the Department of Green Things.

You’ll face new illnesses, some of them bizarre, even by your standards, and manage new gameplay mechanics on your route to eco-friendly success. We believe in you, and Tabitha does too (sort of).

Down in the town of Goldpan, rumours persist of an out of this world encounter. A fireball, witnessed streaking above the sandy climes of Two Point County’s Eastern reaches, is chief suspect after a range of unusual illnesses have caused strife, commotion and general unrest amongst the inhabitants of this oft-forgotten town.

As an all-round medical supremo with a knack for tackling the unreal, your administration has operational access to some key locations in the area… including some areas the public really don’t need to know about. The Two Point Squabbler, the County’s finest journalistic institution, wants to know what’s going on… and you’re their ticket in.

Blaze a sterilised trail through a tropical island for an eccentric millionaire in search of a fabled source of death-defying water. Part-time explorer and notorious germaphobe, Wiggy Silverbottom, is on a quest to discover the secrets of eternal life. As a hospital administrator with a flair for the unconventional, Wiggy needs your help to unlock this most majestic of bounties. Expand your medical frontiers. Experience new sights. Yearn to discover the greatest secret of all.

Local celebri-yeti Bartholomew F. Yeti, the otherwise reclusive furball, has been petitioning for better healthcare in the Pointy Mountains, home to the most frequently forgotten people in all of Two Point County. Mr Yeti will need your help, curing new illnesses such as Cold Shoulder, Bard Flu, and Aurora Snorealis!

Turn back the clock with this delightful collection of 26 new retro and vintage items to place in your hospitals.

What is Art? Sure, it’s paintings and sculptures and things like that. But really… what is Art? Well, rather than dip into that profound can of worms, we’ve summarised our answer with a lovely collection of items.

You can find even more details on this page!

Take-Two have announced that the next set of DLC for Sid Meier’s Civilization VI (from the New Frontier Pass) will be released on January 28th.

Here’s the latest Developer Update video for the game:

A Golden Wind is set to howl across the JUMP FORCE battlefield when JoJo’s Bizarre Adventure’s Giorno Giovanna, the progeny of DIO by way of Jonathan Joestar’s body, joins the game’s playable roster this spring. Opponents who come face-to-face with Giorno’s seemingly invincible Gold Experience Requiem Stand are forever reminded that their attacks are simply useless.

It’s the 5th and final character from the Character Pass 2 (which also includes Shoto Todoroki, Meruem and Hiei, and Yoruichi). The pass costs $17.99, and each character costs $3.99 separately.