Playtonic Games have shared a new video for Yooka-Laylee and the Impossible Lair, teasing an October release for the game:

Yooka-Laylee and the Impossible Lair (Switch) does not have a release date yet. 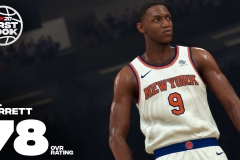 Forever Entertainment have announced yet another game for the Nintendo Switch: Mr Blaster, releasing on August 22nd worldwide.

Mr Blaster – new game inspired by classics like Worms – will bring the joy of shooting your opponent in the face to the whole new level! This fast-paced, casual game is set in the colorful cosmic environment with incredibly fun ragdoll physics and easy, well-known mechanics – with a twist!

Mr Blaster (Switch – eShop) comes out on August 22nd in Europe and North America. The Upcoming Games page has been updated!

The Boulder Dash series is making its comeback with Boulder Dash – 30th Anniversary, releasing this Fall on Nintendo Switch courtesy of BBG Entertainment. It will be published by Worker Bee in Japan. 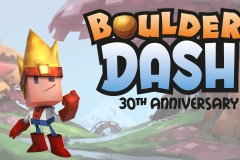 Psyonix have announced that the Season 12 Update for Rocket League will be released on August 27th (Europe, North America) / August 28th (Japan), with Rocket Pass 4 starting the following day. Click here for more details about that, along with the Competitive Season 11 rewards!