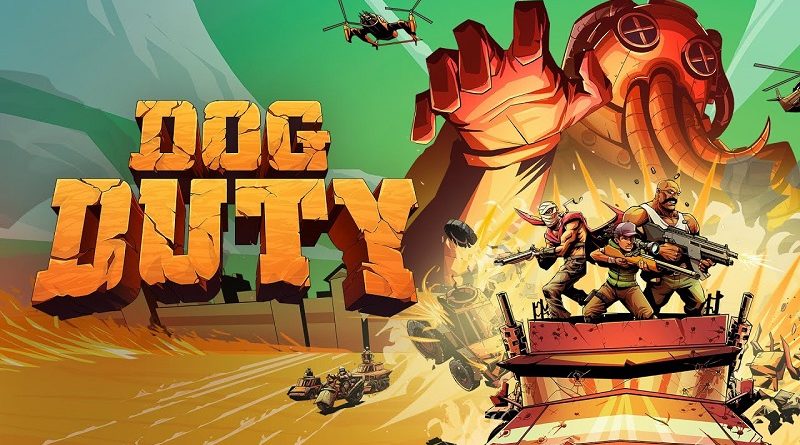 Soedesco have announced that Dog Duty will be released on September 17th in Europe and North America.

Control a squad of three characters and wreak havoc, destroy installations and fight the exotic and evil Octo-Army in an open world setting. Dog Duty was inspired by classic games and TV series such as Commandos and G.I. Joe. Created based on the nostalgic memories from developer Zanardi & Liza, classic villains such as Mojo Jojo from The Powerpuff Girls and Dr. Eggman from Sonic the Hedgehog played a big part in the development of the evil octopus army. It’s the way these villains think of themselves as the greatest beings alive. The same characteristics apply to the octo-bosses that players have to fight against in Dog Duty. The octopuses lend themselves well to powerful and unique creatures that bring a healthy dose of humor and chaos, much like the villains from classic 80s and 90’s series. The retro graphics, upbeat music and fast-paced Real Time Tactics style of the game provide a unique old school feel that appeal to young and old.

Dog Duty (Switch) comes out on September 17th in Europe and North America.

Marvelous have announced that will also get a Limited Edition in Europe. It’s called the Golden Harvest Edition, costs 59.99€ / £49.99, and includes the following: 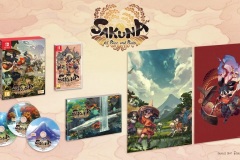 Starting today, a demo version for AVICII Invector Encore is available for download from the Nintendo eShop in Europe and North America.

Only on Nintendo Switch can players truly experience Tim’s music in a way he envisioned the project, with players able to experience his music however, or wherever, gamers prefer to play. With up to four fan local multiplayer, players can soar through vocal melodies, sweep each fade, and attack every beat in 35 of Avicii’s biggest hits. This really is the definitive way to play AVICII’s music, with all music royalties supporting suicide awareness through the Tim Bergling Foundation. Of course, Tim didn’t just want to create a game that celebrated his music, he wanted to create an incredible rhythm game, inspired by his love from the genre and with a Metacritic score over 80%, the hype is real!

AVICII Invector Encore (Switch) comes out on September 8th in Europe and North America, and October 15th in Japan.

Here’s the launch trailer for Faeria, now available in Europe and North America:

Here’s the launch trailer for Bite The Bullet, now available in Europe and North America: