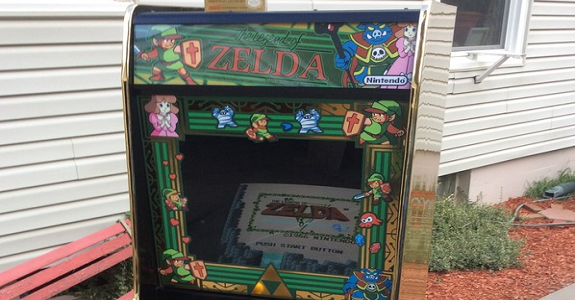 Today’s Daily Briefs: NPD report about DLC and microtransactions in the United States, but also…

According to a report from the NPD, 28% of the US population of men and women ages 13 to 54 have purchased DLC or used microtransactions in the past three months (on PC and consoles, excluding mobile games). Unsurprisingly, males and teens make up the bulk of that 28%.

Reluctance towards DLC and microtransactions is pretty strong. According to the NPD, half of those who refuse to buy DLC do so because they are not willing to spend any money on additional content, and/or that it’s not worth it. 16% of those people even believe that the extra content should be included in the base game.

Among those who do purchase DLC, 77% of them like to be able to pay to extend their enjoyment of a game. That being said, half of them also claim they would buy more DLC if only it were cheaper…

The Legend of Zelda arcade machine

Today, Circle Ent. announced that they were bringing Touch Battle Tank 3D-4: Double Commander to Europe and North America. In fact, it looks like the game is read to be sent to lotcheck. Hopefully, we should not have too long to wait before getting a release date!