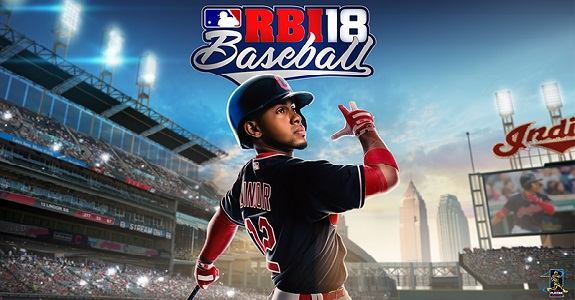 Today, it was announced that R.B.I. Baseball 18 will be released on the Nintendo eShop on June 14th in North America, and June 21st in Europe and Japan. The retail release in North America will follow at a later date, once the publisher has finalised a distribution date with the various retailers.

Here’s one lone picture for the game:

R.B.I. Baseball 18 (Switch – eShop) comes out on June 14th in North America, and June 21st in Europe and Japan. The retail release will follow at a later date, in North America. The Upcoming Games page has been updated!

Here’s the E3 2018 trailer for Monster Boy and the Cursed Kingdom:

Monster Boy and the Cursed Kingdom (Switch) comes out this Summer worldwide.

Here’s plenty of screenshots for God Wars: The Complete Legend:

Here’s the latest trailer for V-Rally 4, introducing the V-Rally Cross and the Buggy:

The latest release from Limited Run Games is Slime-san from Fabrazz. It’s now available for pre-order on their store, with two editions for you to choose from:

Here’s what the contents of the Limited Edition look like:

Earlier this week, Nicalis shared a picture of the Japanese boxart for Cave Story+… but with the ESRB logo. It looks like we can expect a reprint of the game soon, with the Japanese cover instead of the original one!

Source: Nicalis
Thanks Hero of Legend for the heads up!

Here’s some more screenshots for Ver. 4.2 of Dragon Quest X: