Mark Essen (known online as Messhof) is the creator NIDHOGG, but also of a Super Mario Maker level! You can check out his creation in the video below, the latest entry in the Devs Make Mario series from Polygon. If you like it, you can bookmark his level, or use the following code in Super Mario Maker, in order to play it: F93B-0000-024C-3C40. 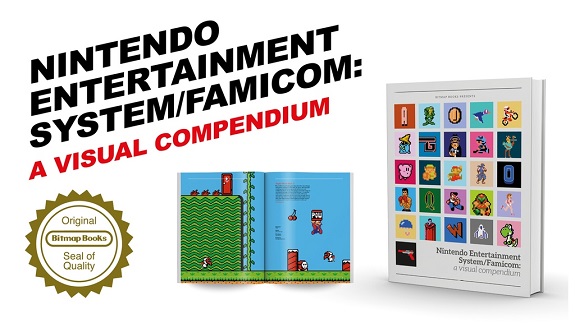 Nintendo Entertainment System/Famicom: a visual compendium is a “beautiful coffee table book that celebrates the visual side of Nintendo’s classic 8-bit systems; the NES and Famicom.”. It features plenty of illustrations, details about the most famous and iconic NES / Famicom games, some interviews, and much more. It’s not really an in-depth encyclopedia, but more a beautiful book to casually browse every once in a while.

The creators launched the Kickstarter campaign earlier this week, but it didn’t take long for the main funding goal to be reached. £57 429 have already been funded, and they only needed £25 000. The more additional money they get, the more additional pages will be made.

You can check out plenty of details and pictures for the book on the Kickstarter page!

The Caravan is the name of a special event celebrating the 1st Anniversary of the Fire Emblem 0 Trading Card Game. Here’s some of the goodies that will be available for purchase during the event (with several dates from June 25th to August 20th):

Yesterday, Nintendo updated its Nintendo Kids Space in Japan with some new content. First we have a video showing how to draw Mario:

If you’re only for a colouring page, you can right click > save this link!