It’s no secret that the Inklings are some of the best dressed squids in this (or any other) universe. In fact, those of you diligent enough to have found the Sunken Sea Scrolls may already know that the Inkopolis Collection fashion show happens twice a year!

We’re pleased to bring you Inkling Fashion Week* – a Squid Research Lab Special Report. After months of painstaking research, we’ll be sharing more information about the freshest fashion and trendiest brands in Inkopolis in order to help our squid fam keep it lit!** Check back tomorrow for our first fashion spread!
*Inkling Fashion Week will run longer than a week. The Squid Research Lab maintains all rights to use the word “fresh” too frequently.

**We’re told that a number of today’s youths use this expression although we have still not been able to ascertain the definition. 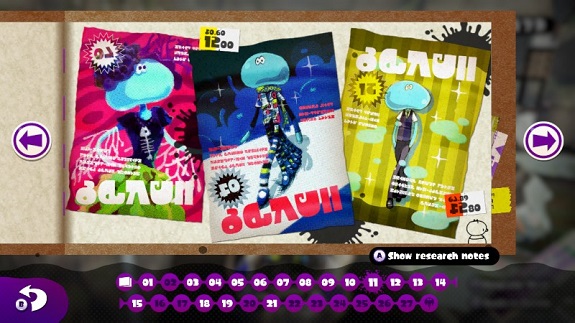 Ben Bates is a comic artist working for Archie Comics. A few years ago, he drew some imaginary covers for a Super Mario comic: it wasn’t an official project, just something he made on his own.

Here’s the covers, along with a page from a comic:

Talking of Mega Man, here’s pictures of various goodies coming out on Saturday:

On Sunday, the Famicom Disk System celebrated its 30th Anniversary in Japan (the only region it was released). To celebrate, Famitsu has a special article about the add-on in its latest issue, to be released this Thursday in Japan.

Here’s the latest card from the 4th series of Fire Emblem 0 cards, launching on March 17th in Japan:

Yesterday, Aksys Games announced that players who pre-order Langrisser: Re:Incarnation -Tensei- at Amazon.com (in the United States) will be able to get an exclusive artbook and soundtrack CD. Unfortunately, we will have to wait before we get more details about their content…

In Japan, some unique Kirby merchandise will be released: some covers for… power outlets and light switches. Here’s some pictures:

Sadame comes out this Thursday in Europe and North America. Here’s some details about the Rogue:

Jack Tech uploaded Part 1 of GameBoy, a hardware autopsy, first episode of a video series looking back at the GameBoy from a hardware point of view.