Jeremy from Collavier revealed that the update would be available next week in North America! 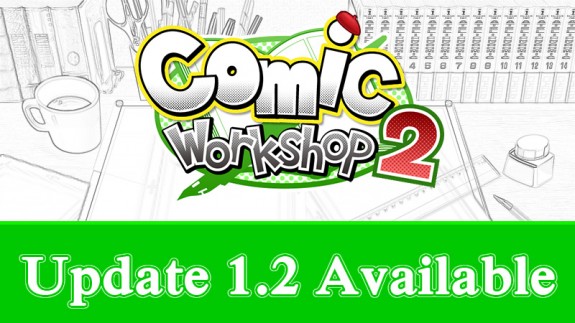 Earlier today, Collavier released a new update for Comic Workshop 2, which brings several additions and bugfixes to the Software. This new Ver. 1.2 can be downloaded right away from the Nintendo eShop, but only for users in Europe. Unfortunately, we don’t know when it will be released in North America.

This update requires only 22 blocks (2.75MB) of free space on your SD Card. To download it, you have several options: