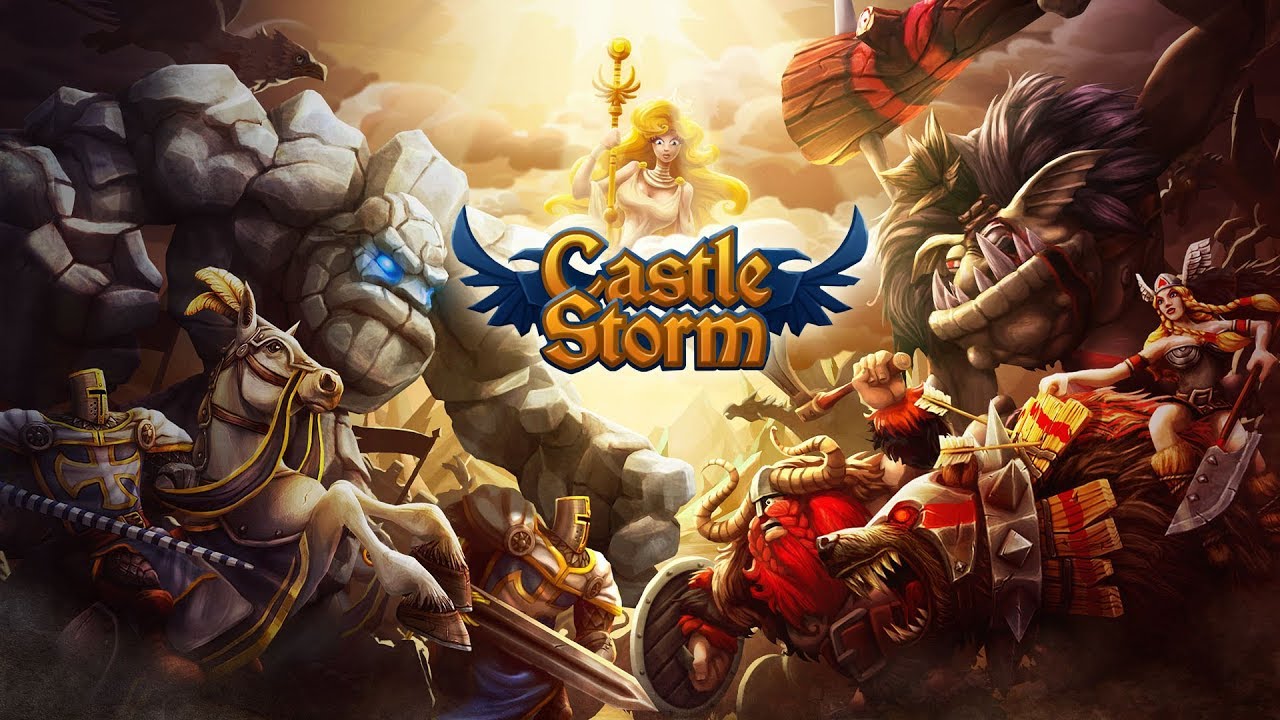 Yesterday, Zen Studios announced they were brining CastleStorm to the Nintendo Switch next month, on August 16th. Never heard of it before? Here’s what the game is all about:

Raze castles and conquer your rivals in CastleStorm on Switch. A super-genre mashup of 2D physics destruction mashed with a tower defense brawler, CastleStorm players are catapulted right into the heat of the battlefield, casting their swords against formidable foes like knights, soldiers, archers and even griffins in thrilling castle vs. castle combat.

The game was previously released on Wii U, but the Nintendo Switch version of the game isn’t just a port. First of all, it features the two expansions: From Outcast to Saviour and The Warrior Queen. Also it features HD Rumble, allowing you to truly feel the action. Were you looking forward to controls? Yup, that’s in, too! It allows you to ” swipe back and forth across the battlefield, zoom in on demand for the intense action, or fire the ballista at will at oncoming hordes of enemies”.

CastleStorm on Nintendo Switch can also be playex with the Pro Controller, but also split Joy-Con for split-screen multiplayer. Speaking of multiplayer, the game features online modes: Survival Co-op, and Last Stand Co-op.

Finally, some technical details: the game runs at 60fps in both Handheld and TV Mode, but with the former at 720p and the latter at 1080p.

Here’s the debut trailer for CastleStorm on Nintendo Switch:

CastleStorm (Switch – eShop) comes out on August 16th in Europe and North America. The Upcoming Games page has been updated!